No relief from dry and warm weather in Gujarat 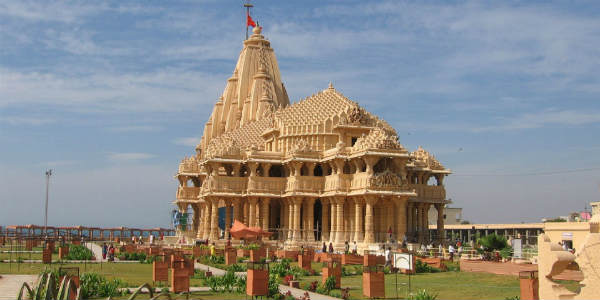 After experiencing flooding rains, Monsoon showers over the state of Gujarat has reduced significantly. In fact, most parts of the state are dry for the last three to four days.

Initially, a cyclonic circulation was persisting over south Gujarat and the northeast Arabian Sea. In addition to this, successive low-pressure areas which moved across the central parts of the country towards Gujarat was also prevailing.

Because of these two weather systems, heavy to very heavy rains continued over the state. However, as the axis of monsoon trough shifted north, these weather systems faded away, resulting in the reduction of rains.

Due to the reduction in rains, dry weather took over which is prevailing and is likely to continue for another few days. Though isolated spells have been occurring and are expected to keep occurring over the region. The temperatures have also increased a few notches and at present are settling in low-mid 30's.

Being isolated and patchy, these rains would not have any major impact on the temperature profile or agriculture belt of the state. Thus, the dry and warm weather would prevail over the westernmost state of the country. The mercury levels may also increase by a couple of degrees.

This reduction in the rains has impacted the rainfall performance over the state. As on July 29, Gujarat region is rainfall deficient by 14%. Meanwhile, Gujarat region is still in a better position with a surplus of 4%. However, the reduced rainfall activity would most probably consume this amount as well.