No relief from intense heat in Nagpur, Akola, Parbhani; Fruit drop may occur 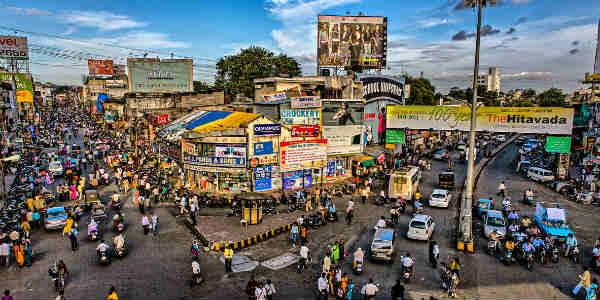 The state of Maharashtra has been witnessing intense summer heat for the past 2-3 days. The temperatures of almost all the divisions of the state have been witnessing new heights.

However, relief is expected during the night as minimum temperatures are below normal by 2-3 degrees Celsius.

The diurnal variation between both the day and night temperatures is at its peak during this time, which is leading to warm days but comfortable nights.

As per Skymet Weather, in the absence of any significant weather activity over the region, dry weather would continue over both Vidarbha and Marathwada for the remaining days of the month.

The temperatures may rise further due to persistent dry spell which may further add on to the heatwave like conditions.

Isolated light rain or thundershowers are likely over parts of Vidarbha and Marathwada around April 5 or 6. However, showers may not give much relief as these pre-Monsoon showers would occur during the later afternoon or evening hours and by then day maximums would have already peaked.

At this juncture, let us look at the impact of this hot weather condition on the agriculture of Maharashtra:

Due to variation in diurnal temperature, disease and fruit drop may occur, farmers are suggested to take measures to prevent the fruit drops and also irrigate the Maize and Groundnut crop as per requirement.