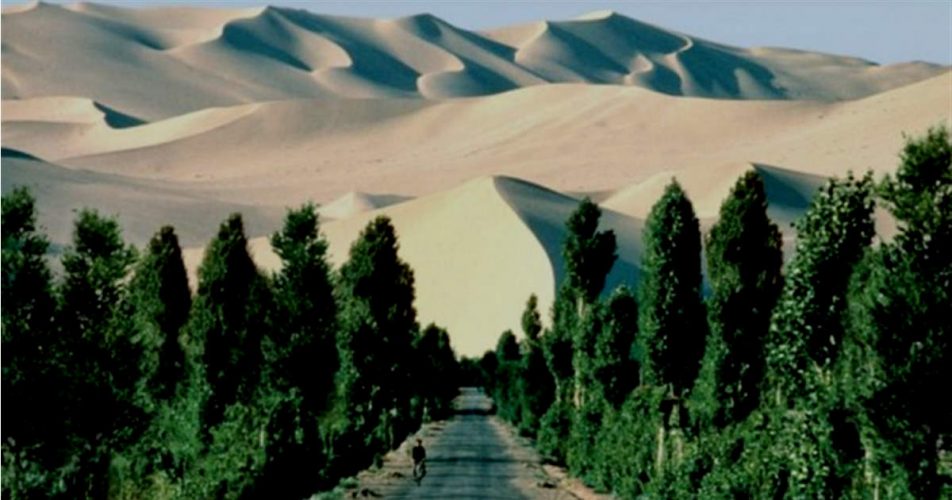 You must be aware of the eastern march of the Thar Desert in India and if you are, you must know how the great Indian desert is continuously shifting eastwards as the time passes. But this ambitious project of India might just stop it all and at once.

The centre is planning to create a 1400 km and 5 km wide green belt from Gujarat to Delhi-Haryana border, Porbandar to Panipat to be precise. The project seems inspired from the ‘Great Green Wall’ in Africa built to combat climate change and desertification. India seeks to replicate the idea as a national priority under its goal to restore 26 million hectares of degraded land by 2030.

Although the project is stil in its nascent stage, its gathering a lot of media attention for if approved this might turn out as a legacy program of India against land degradation. The afforestation will benefit multiple states and also act as a barier against incoming dust from the Thar desert.

The idea was part of the agenda of the recently held conference (COP14) of the United Nations Convention to Combat Desertification (UNCCD) in India. A final clearance still is awaited for the idea to get a green flag.

The Green Belt would be able to cover the entire degraded Aravali range through a massive afforestation exercise. The Aravali has been identified as one of the key degraded zones in India. Moreover, a report by ISRO in 2016, revealed that Gujarat, Rajasthan and Delhi were among states/UT where more than 50% of the total area was degraded land and those under the threat of desertification.