A rainy week lies ahead for Odisha, water scarcity and rain deficiency to improve 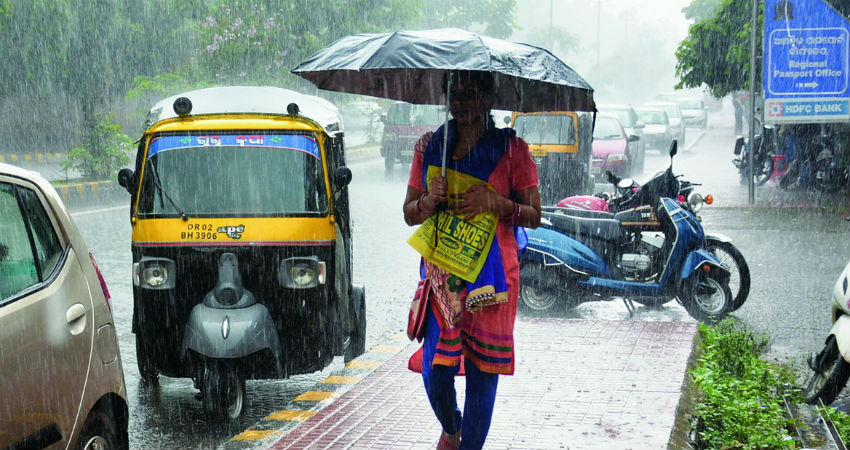 In the wake of a Low-Pressure Area, the coastal areas of Odisha, particularly Chandbali, Bhubaneswar and Puri have received heavy rains, during the last 24 hours. Meanwhile, scattered rains continued over the remaining parts of the state. Now, we expect the present system to give rains for another week and also help the state in improving its rain deficiency.

According to Skymet, the Low-pressure Area over Odisha has started moving westwards towards Chhattisgarh and Madhya Pradesh. Due to this movement, rains will increase over the interior parts of Odisha and heavy to very heavy rains would be observed here. On the other hand, the rain intensity will significantly go down over the coastal areas after 24 hours. Meanwhile, rains will continue with light to moderate in intensity over the northern districts of the state.

Further, another fresh spell of good rain and thundershower activities is expected around July 6, wherein light to moderate rains with one or two heavy spells may lash the entire state. Thus, we can say that on and off rainfall activities would continue over Odisha throughout the week.

Places like Bolangir, Kalahandi, Kandhamal, Koraput, Nawarangpur, Bargarh, Nuapara, Sambalpur, Jharsuguda, Sundargarh, Keonjhar and Mayurbhanj will get to see rains for another week.

Moreover, in the wake of these activities, the weather will become pleasant and the temperatures would remain below normal. The sky would remain cloudy to mainly cloudy.

The ongoing spell of rain and thundershowers is the second best one for the state of Odisha after Cyclone Fani. The continuous rainfall may also ease out the problem of water shortage to some extent and help the state to minimize its rain deficiency.