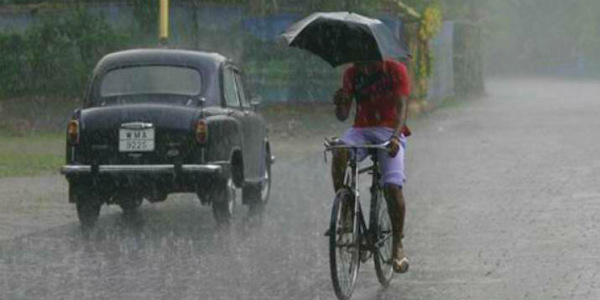 The last 24 hours have been a rainy one for the states of West Bengal and Odisha. Both the states have been receiving rains accompanied with lightning, gusty winds and thunderstorm. While West Bengal received major activity over its southern parts, Odisha saw rains in the northern and coastal areas. Places like Digha, Diamond Harbor, Kolkata, Midnapore, Balasore, Sambalpur, Dhenkanal were the major ones which received the downpour. Mainly light rains were recorded in Odisha, while moderate to heavy rains occurred over the state of West Bengal.

Earlier, both the states were poorly placed in terms of rainfall amounts. At present, Odisha is rain deficient whereas West Bengal has managed to cover up the deficiency and record normal rain.

In the next 24 hours, widespread rains with a few heavy spells are likely to occur over entire West Bengal.  There are chances of thunderstorm, gusty winds and lightning in the North-coastal districts of Odisha. The reason for these rains is the formation of a confluence zone and its proximity to the sea. There are high chances of Odisha recording normal rains after this spell.