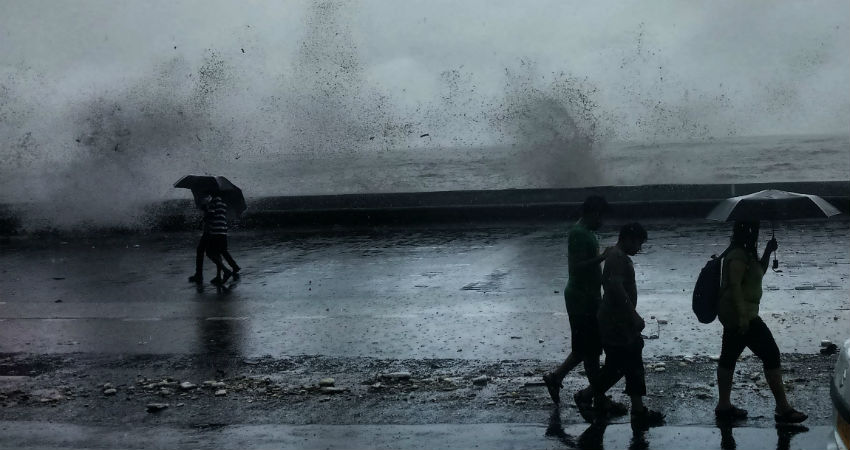 The city of Mumbai has been experiencing rain and thundershowers lately, while good intensity showers have been lashing the northern suburbs of the city.

According to Skymet Weather, this trend would continue as more on and off rains are in store for the city during the next two to three days with chances of a few intense spells on October 19 and 20. These showers would mostly be seen during the afternoon or evening hours.

The reason for these rains can be attributed to the development of convective clouds. In view of the weather system, the Cyclonic Circulation alongside the coast of South Maharashtra altogether with the Trough extending up to South Coast Maharashtra is making the conditions favourable for rains.

After two to three days, rains would taper over the region and weather would gradually start clearing up. And once the rains take a backseat, the temperatures would start rising and are likely to reach 36 degree Celcius as per our experts.

Generally, when Monsoon is in its withdrawal phase, the rainfall activities increase in multiple parts of the country and same is the scenario at present. A similar situation is seen during pre Monsoon season as well wherein the development of convective clouds brings in some good showers.