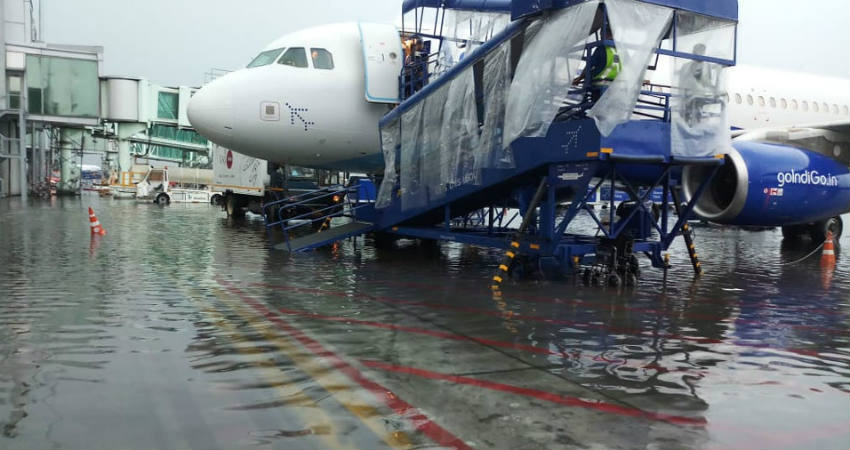 Today, the city of Kolkata was battered by heavy rains that brought life to a halt. Very intense heavy rains which begun in the city around 3 in the evening, lasted for about half an hour and left the city paralyzed for hours together.

The Alipore Observatory in South Kolkata recorded a whopping 99 mm of rain in a span of 3 hours from 2.30 pm to 5.30 pm today.

While a man was struck by lightning strikes and was reported dead soon after, 15 other people faced injuries due to similar incidents.

Not just this, even flight operations were heavily affected following the downpour. According to experts, airplanes could not land or take off between 3.40 pm to 4:00 pm due to low visibility caused by heavy rains. Now, however, the flight operations have been resumed and things are back to normal at the Kolkata Airport. Also, according to news inputs, Vice President Venkaiah Naidu’s special aircraft from Kolkata to Delhi is as per schedule.

Rains were followed by huge traffic jams and waterlogging. Authorities had to put suction pumps to work to pump out the water. Now, however, the rains have eased a bit.

Already Skymet had issued a warning of heavy rains today and tomorrow in Gangetic West Bengal because of a cyclonic circulation developing over Bangladesh. Also, fishermen have been alerted not to go out into the sea for the next 48 hours.