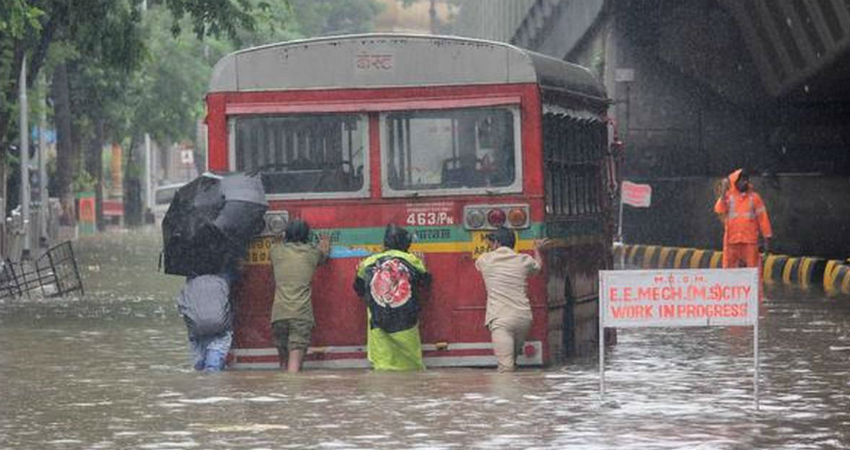 Updated on Aug 5, 2019: Mumbai rains which were on the heavier side a day before will see a big respite today. In fact, as per our weathermen, Mumbai only will have light rainfall activity with heavier showers remaining far away from the city.

In fact, there may be one odd spells of sharp showers in the suburbs but the city will only see light to moderate rainfall activity. Commuters will have no trouble in commuting and flood waters which had been persisting in many parts, will also now recede.

Published on Aug 4, 2019: Mumbai Rains have been very heavy since the last 24 hours with showers getting mammoth during the night. In fact, these overnight rains have wreaked havoc causing water logging, and flooding in many locations of the city of Mumbai.

In fact, floodwaters entered the homes of the people. Indian Air Force came into play to rescue 35 people who have been stranded in Ju-Nandkhuri village, near Khadavli in Thane. A high tide was also seen at around 2:30 pm.

In Raigad, 60 people were stuck in deep water since 4 a.m. with NDRF teams being deployed to rescue them. Water logging in tracks caused Central Railway Services to be hit hard.

In Palghar, a portion of a bridge on Pinjal river washed away, bringing traffic to a stop on either side of the roads.

Flight delays were also seen as rainfall continued to lash the city.