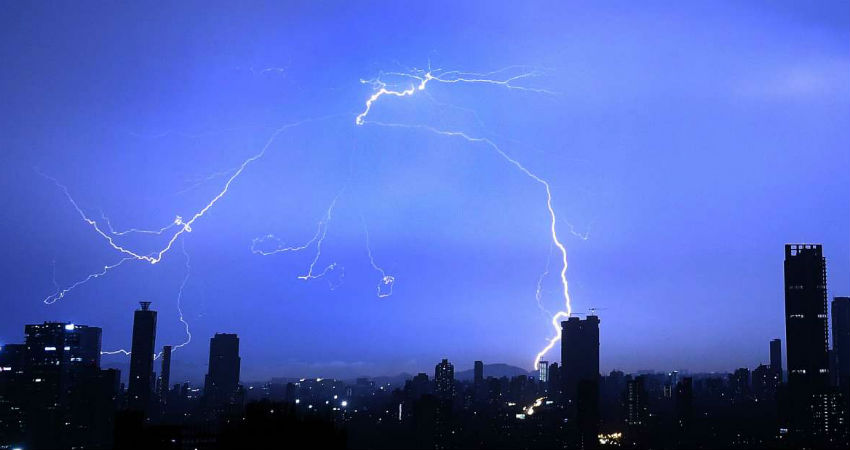 According to the meteorologists at Skymet, there are chances of on and off patchy rainfall activities coupled with a few intense spells during the next 48 hours over the dream city. These activities would be accompanied by thundershowers and lightning strikes in many places. However, extremely heavy rains are not likely to return anytime soon.

These rains would be a result of a Cyclonic Circulation, that has shifted over the Northeast Arabian Sea off North Maharashtra Coast along with an offshore Trough extending from North Maharashtra to Karnataka Coast.

As these systems are likely to persist for some more time, Mumbai and suburbs may witness a few intense spells of rain, however, these showers would not be a continuous affair and would be seen only in patches and be highly localised.

Moreover, we do not expect rains to appear simultaneously over all the parts of the city. On one hand, wherein some parts of the city may observe intense rainfall activities, on the other, there may be some that would remain absolutely dry.

Generally, when Monsoon is in its withdrawal phase, the rainfall activities increase in multiple parts of the country and same is the scenario at present. A similar situation is seen during pre Monsoon season as well wherein the development of convective clouds brings in some good showers.