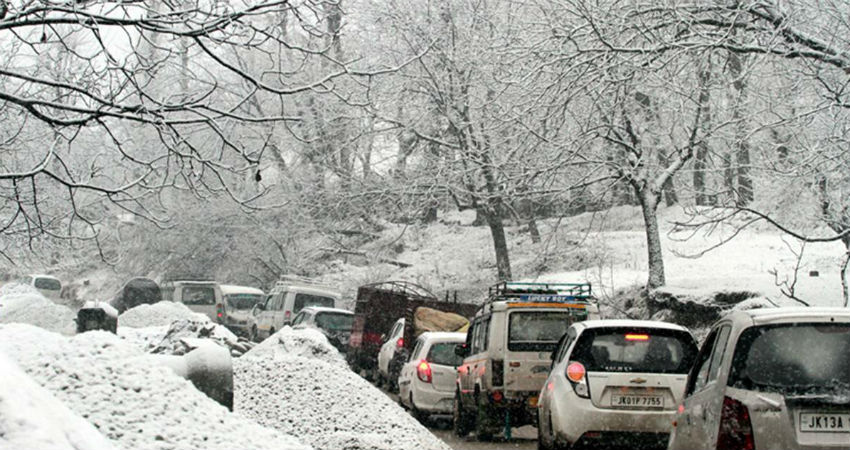 Hills of North India are gearing up for fresh spell of widespread rain and snow this week. All thanks to the approaching fifth active Western Disturbance which would start impacting Western Himalayas around December 10. The system is currently lying over North Afghanistan and adjoining areas that would be gradually moving eastwards.

Scattered light rain will commence over Jammu and Kashmir, parts of Ladakh and Himachal Pradesh on December 10 itself. The intensity and pace would increase on December 11, with chances of light snowfall over the upper reaches of these states.

By December 12, the state of Uttarakhand would too come under the grip of these activities. We can expect fairly widespread rain and snowfall with isolated heavy spells to paint the entire hilly region white. In fact, Uttarakhand and Himachal Pradesh will witness one of the heaviest spells of rain and snow during this period.

There are chances of landslides and mudslides with hailstorm activities in parts of Jammu and Kashmir, Himachal Pradesh and Uttarakhand. Moreover, due to the accumulation of fresh snow, the risk avalanche would also increase. Due to heavy snowfall, there is a possibility that Jammu-Srinagar highway along with many other major roads connecting these states to be blocked.

Thus, it is advised to avoid traveling to hilly states on December 12 and 13 as weather activities would be at their peak.

Not only the northern hills, but the effect of this system would also be seen over Northwest and Central India in the form of rain, thundershowers and hailstorm activities.

The system will move away by December 14, due to which weather activities woulds also start subsiding. However, the remnants might continue to give scattered light rain and snow until December 15.