Potential Cyclone keeps Kerala on alert, rains to peak on October 7 and 8 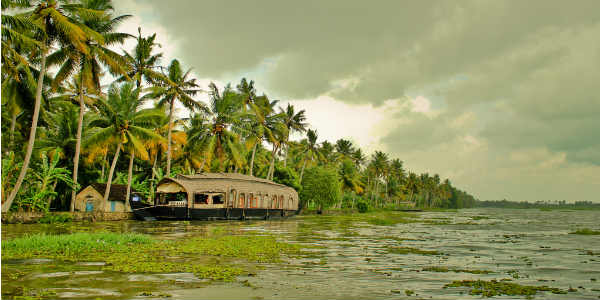 Rains continue to mar Kerala for the fifth consecutive day. Most places have been reporting moderate to heavy rains, while few have witnessed very heavy rains.

As reiterated, we do not expect any relief from the ongoing heavy rains till October 8. In fact, rains are likely to peak on October 7 and October 8, wherein states would see some torrential rains.

In wake of this, Kerala continues to be on alert, with state authorities and disaster authority ready for action. Kerala was yet to overcome the bad memories of recent floods in August and now potential cyclone is posing grave threat to the God’s own country.

According to Skymet Weather, the cyclonic circulation in Southeast Arabian Sea has now induced a low pressure area over the same region. Intensifying rapidly, we can expect the low pressure area to intensify into a depression and later in deep depression during the next 24 hours.

Not only this, we can expect system to strengthen into a cyclonic storm in the subsequent 24 hours, between October 7-8. With this, heavy rain with few spells of very heavy rains would continue over Kerala till October 8.

We would still maintain that Kerala and Coastal Karnataka would be the most affected region in terms of some flooding rains and squally winds in the coming days. The system might travel away from the Indian coast, but it would trail of the system which would be responsible for some torrential rains.

As per weathermen, the system would continue to move in west-northwest direction in extremely conducive weather conditions. This include warm sea surface temperatures which are presently around 29°C-31°C and low to moderate wind shear.

Kerala had recorded normal rains during the first three days of October by 10%. However, rains intensified thereafter significantly and by October 4, the state was excess by 55%. This did not end there, and Kerala became largely excess by 80% on October 5.

From October 1 to October 5, the state has recorded double than its average rainfall i.e. 83.1 mm of rains against the mean of 46.1 mm.