Pre-Monsoon activity on the up over Maharashtra, showers for next 3 days 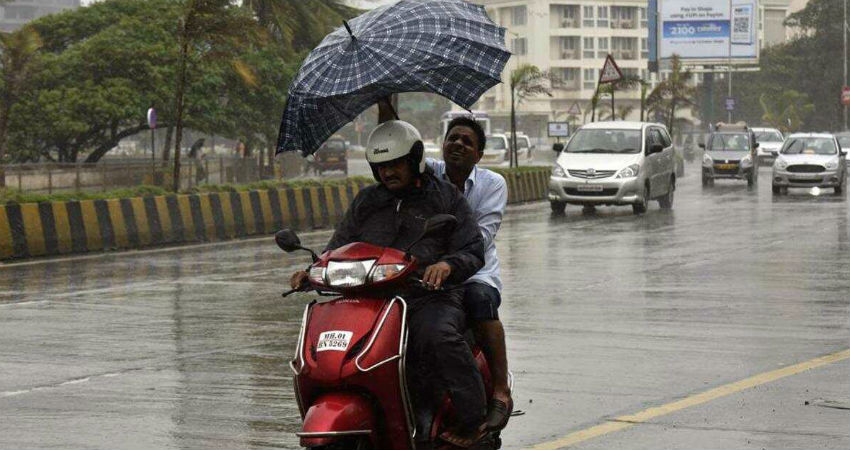 Many parts of Maharashtra have received rain and thundershowers during the past 24 hours. Weather activity was more intense over Konkan and Vidarbha. Light to moderate rains were observed over Madhya Maharashtra and Marathwada. Chief amounts of rainfall recorded over Maharashtra are Alibag-75mm, Santacruz-23mm, Mahabaleshwar-28mm, Chandrapur-24mm, Wardha-24mm, Nashik-24mm, Beed-10mm, Osmanabad 7mm and Aurangabad-6mm.

A cyclonic circulation is persisting over the East Central Arabian Sea, off Konkan and North Coastal Karnataka with a trough extending from the system towards Konkan, North Madhya Maharashtra, and Marathwada. Also, northwesterly winds sweeping across Madhya Pradesh and Rajasthan are converging with the opposite stream over this region. Consequentially deep and tall convective clouds are forming with the local trigger of heat.

Pre-Monsoon rain and thundershowers are likely to be fairly widespread over Konkan and Madhya Maharashtra. Mumbai, Alibag, Thane, Mahabaleshwar, Pune, Nashik, Ahmednagar and Nandurbar may observe intense thunderstorms with lightning and squally winds. Parts of Marathwada will have scattered thundershowers, particularly over Beed, Osmanabad, Latur, Parbhani, and Aurangabad. Light rain at most places and isolated moderate activity is expected over Vidarbha. This wet spell is likely to last for the next 3 days.