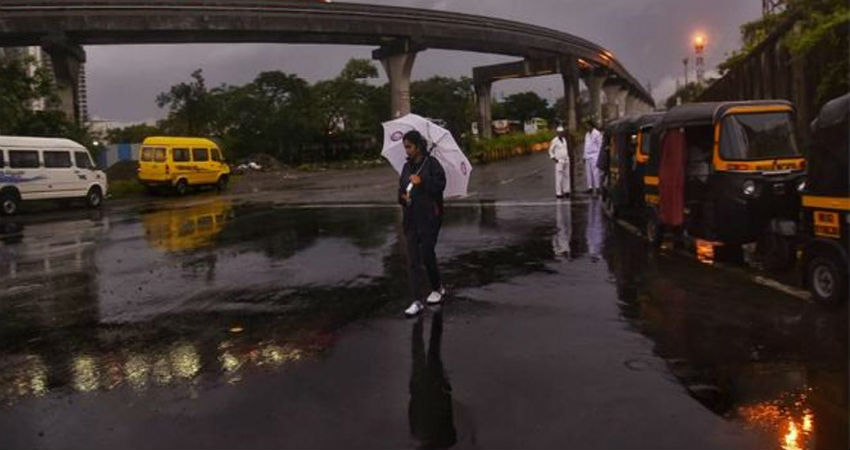 Although Southwest Monsoon has withdrawn, rains are not yet over and done with Mumbai. The weather models are suggesting that moderate rains would return to the city soon.

For the past four days, the weather in Mumbai has been mainly dry with rising temperatures adding to the discomfort level.

However, our meteorologists have predicted a change in this scenario as rains are going to reappear around October 19. On October 20 and 21, there may be moderate spells in many parts of Mumbai and suburbs along with one or two intense spells.

The reason for this revival can be attributed to the probable Low-Pressure Area currently lying near Lakshadweep as a Cyclonic Circulation. This system is expected to move in west/northwest direction towards North Konkan Coast and intensify into a Well Marked Low-Pressure Area, thus affecting Mumbai and adjoining parts of Thane, Dahanu and South Gujarat.

The intense showers in some parts may lead to water-logging in many low lying areas, thus leading to traffic chaos. However, rains would not be a continuous affair and hence would not result in severe disruption.

These on and off rain and thundershowers coupled with cloudy to overcast sky would make the weather pleasant. The temperatures would also drop significantly between October 19 and 22.

Weather update and forecast for May 12 across India