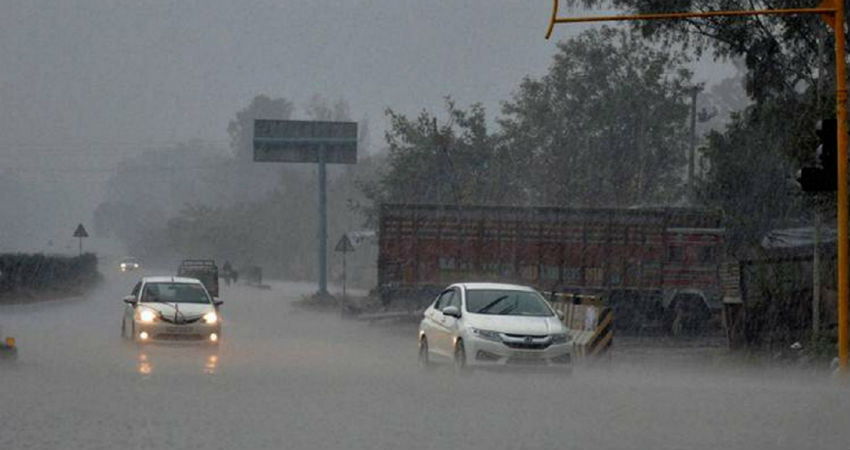 The states of Punjab and Haryana have gone through extremely heavy rain activities and the rainfall activity on August 17 is considered as one of the heaviest spells.

There was a Low-Pressure Area over Punjab and Haryana region and also the Monsoon Trough was passing through and through this Low-Pressure Area. Along with this, the presence of Western Disturbance accentuated the rainfall activities and made the situation worse.

In wake of incessant rains, all the water bodies are full to their capacity. Heavy rains remained unabated in Haryana and Punjab on Sunday causing floods in some parts, while authorities sounded a high alert in the two states.

Following heavy rains in Aol village of Punjab, three members of a family were killed when the roof of their house collapsed. Eleven people, including four women, have been rescued after they got stuck when the overflowing water of the Beas river flooded their village in Punjab's Gurdaspur district.

However, the weather will not play a spoilsport now and we can expect conditions to improve in the coming three days. The Low-Pressure Area has now weakened but a Cyclonic Circulation is seen which might give light rain activities today. Whereas, by tomorrow, rains will ease out.

These battering rains have helped in pulling down the rain deficiency levels over the states. Earlier, Punjab was deficit by 16 percent and now it is surplus by five percent. Whereas, Haryana which was earlier rain deficit by 33% is now lagging behind by 26%.