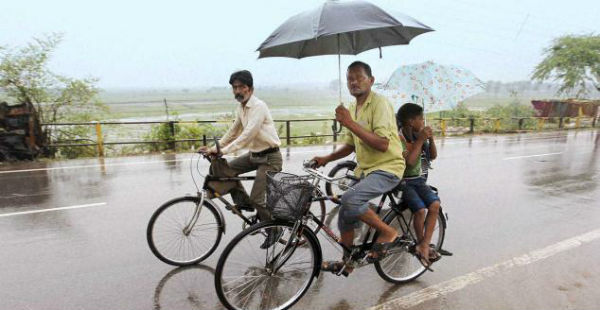 Heatwave conditions have been causing havoc to the residents of Northwest India. Temperatures have been settling well above the normal levels. In fact, while most areas have been recording maximums near the 45-degree mark, isolated pockets have recorded day temperatures going close to the 43 degrees. But there is a slight relief in some regions of Rajasthan.

Another cyclonic circulation is developing over West Rajasthan and adjoining Pakistan. Due to this, rain, thunderstorm, and dust storm activities are likely to affect many parts of Punjab, Haryana, North and East Rajasthan, and Northwest Uttar Pradesh. Squally winds may also reach at a time speed of 60-70kmph.

In the last 24 hours, Rajasthan has experienced moderate rainfall over interior parts like Jodhpur and Phalodi. Dust storm activity also affected the cities initially. Light rain also observed in few parts of North Rajasthan. The neighboring states Punjab and Haryana also received light to moderate rains. Lightning and dust storm was also observed in many parts including Delhi and NCR.