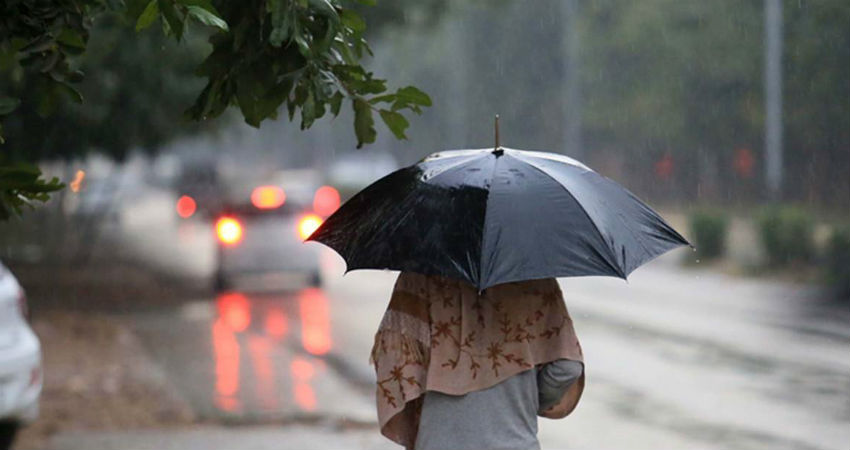 Scattered rains and thundershowers have already occurred over multiple parts of Punjab including Ludhiana, Amritsar and Chandigarh. The city of Amritsar managed to receive 16 mm of rains. Also, scattered light to moderate rains have occurred over the hills.

At present, the Western Disturbance is over Jammu and Kashmir. It’s induced Cyclonic Circulation is over Punjab and Haryana. A Trough is extending from this system up to West Uttar Pradesh across Haryana.

Now, we expect Punjab and northern parts of Haryana to receive a few more spells of rain and thundershower activities today as well. Gradually, these rains will shift towards Delhi and NCR as well as Northwest and West Uttar Pradesh. Only isolated patchy rains are likely over Delhi and we do not expect any significant rain activities over the national capital.

However, the rain intensity will be concentrated over Punjab and Haryana. Rain activities are expected to increase by the late afternoon and evening hours today.

So, we expect only isolated rains to occur over Delhi NCR and southern districts of Haryana. However, moderate rains will appear over northern districts of Punjab, Haryana, and Northwest Uttar Pradesh. We do not expect much fall in temperatures over Delhi NCR. However, a drop of three to four degrees is likely over Punjab, Haryana and Northwest Uttar Pradesh. After 24 to 48 hours, the temperatures will once again start increasing over Punjab and Haryana. Rains over Northwest Rajasthan will be isolated and light.