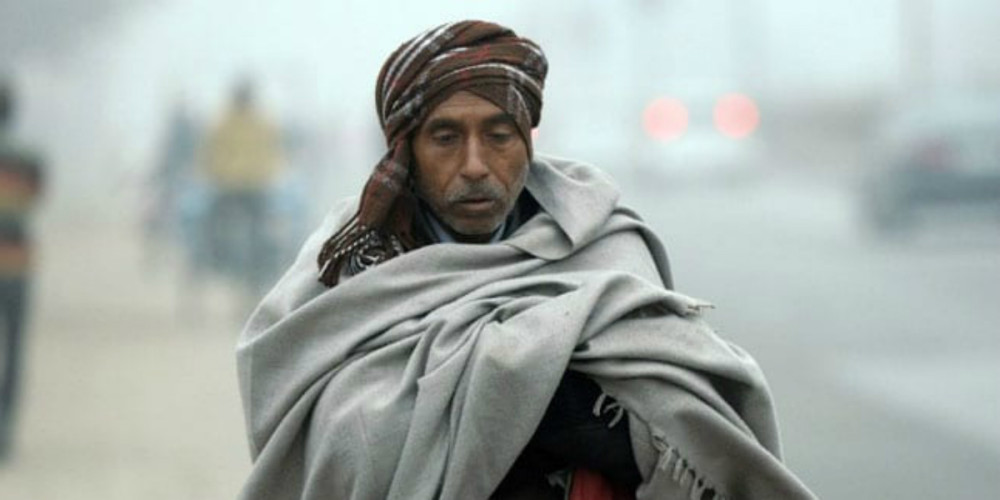 Cold Wave has once again commenced over many parts of Punjab. This is the second time in January when minimums have reached near to freezing levels. While the cities of Amritsar and Jalandhar recorded 0.5°C, Kapurthala was almost at a freezing point of 0.2°C. Earlier such low temperatures were recorded on January 17.

Reason of this sudden drop in temperatures can be attributed to the unabated flow of icy cold winds blowing from Western Himalayas. Further, we do not expect any respite from the extremely chilly weather conditions for the next 24-48 hours and cold wave conditions would persist.

Relief can only be seen around January 30, as a fresh Western Disturbance is in the pipeline, which would be soon approaching the northern hills of Jammu and Kashmir. During this time, the wind profile will change from cold and dry northerly to warm and moist easterly and south-easterly. With this along with persistent cloud-cover, we can expect minimum temperatures to increase. Thus, Cold Wave conditions are expected to abate around January 30.

Although major effect of this Western Disturbance will be over Western Himalayas i.e. Jammu-Kashmir, Himachal Pradesh and Uttarakhand, but its induced Cyclonic Circulation over northern plains would give scattered rain and thundershowers over the state of Punjab and nearby areas.

Intensity of these rains will be more over the northern districts such as Pathankot, Hoshiarpur and Amritsar. However, remaining parts may also receive isolated light rains. At the same time, chances of hailstorm activities also cannot be ruled out.

Day temperatures which are already running below normal by two to three degrees are expected to drop even further during this time due to the rains and cloud cover. Weather is then expected to clear up February 1 onward.