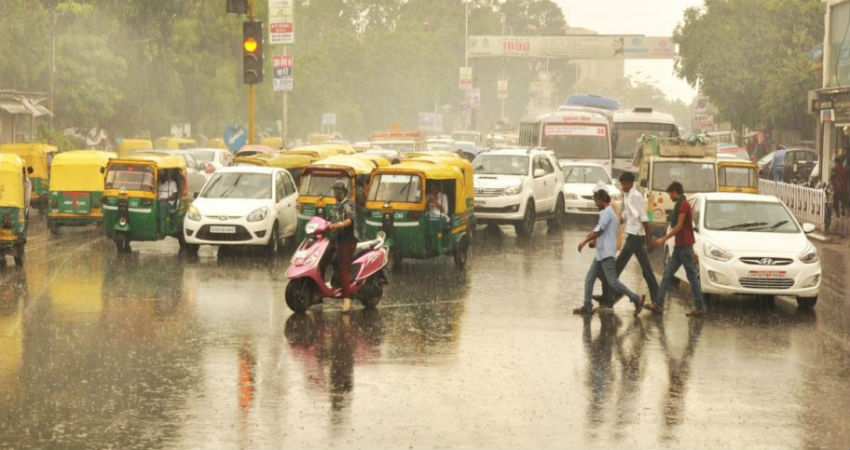 On Thursday, a considerable loss was reported due to rain and hailstorm in different parts of Uttar Pradesh, particularly in the western districts. According to media reports, 15 people died as a result of intense pre-Monsoon activities. Six people were reported dead from Mainpuri, three in Kasganj and Etah and one each in Agra, Pilibhit and Rampur.

On the contrary the weather turned out to be pleasant for East and middle East Uttar Pradesh. All these areas were reeling under hot weather conditions until now. In fact, Jhansi was reported as the hottest city in Uttar Pradesh on Thursday, with maximums reaching 47 degrees Celsius.

The entire state was reeling under dry and hot weather conditions for some time now. Particularly, the southern parts such as Banda, Jhansi and Varanasi were continuously experiencing heat wave conditions.

On the contrary, conditions were comparatively better over the northern and the central parts of the state, as these areas were under the grip of humid easterly winds that helped in dropping the maximums by 2℃ to 3℃ in the last four to five days.

According to Skymet Weather, Uttar Pradesh has seen a major relief from dry and hot weather due to different pre- Monsoon activities that have occurred during the last 24 hours. This is due to the different weather systems -Western Disturbance in the Western Himalayas and an induced Cyclonic Circulation over Haryana- that the weather in the region has turned out to be pleasant. The systems have resulted in scattered light to moderate thundershower activities along with dust storm and hailstorm activities in northern and western districts such as Aligarh, Mathura, Bareilly, Gorakhpur and Bahraich, during the last 24 hours.

These weather systems have now moved away, but due to their remnants, isolated activities may occur in the eastern parts of the state like Gorakhpur and Siddharthnagar today as well.

By June 8, the weather will once again become dry and hot over the entire state, thus leading to a rise in temperatures. Moreover, possibility of heat wave conditions in many parts of the state cannot be ruled out. And in the absence of any weather system, no significant activity is expected until June 11.