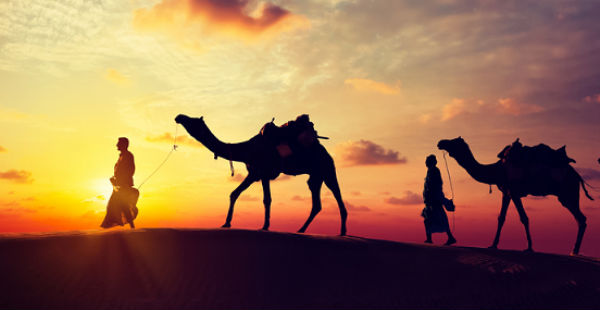 The state of Rajasthan remained under warm and dry weather conditions for a long time. However, during the last 24 hours, rain and thunderstorm activities were observed at few places over South and Southeast Rajasthan.

During the last 24 hours, traces of rain were seen at Jodhpur, Ajmer, Kota, Bundi, Chittorgarh. While the other regions of stayed warm and dry and recorded maximum temperatures as follows - Ajmer 34.5, Jaipur 32.2, Udaipur 31.4.

These rains were attributed to the cyclonic circulation was persisting over central parts of Pakistan and adjoining Rajasthan. A trough was also seen extending from this weather system to Madhya Pradesh across Rajasthan.

This weather system will induce a few spells of rain over the northern parts of the state. Isolated rains may also occur over western districts for another 24 hours. Cities of Bikaner, Sri Ganganagar, Jhunhjunu, Sikar, Bharatpur, Alwar. In fact, isolated dust storm activity may occur in Jaipur as well. Thereafter, the weather will become dry.

Thus, day temperatures may fall marginally for the next two days. Temperatures in Southeast Rajasthan are below normal by 3-4 degrees, which will gradually increase now due to decrease in rain activities.