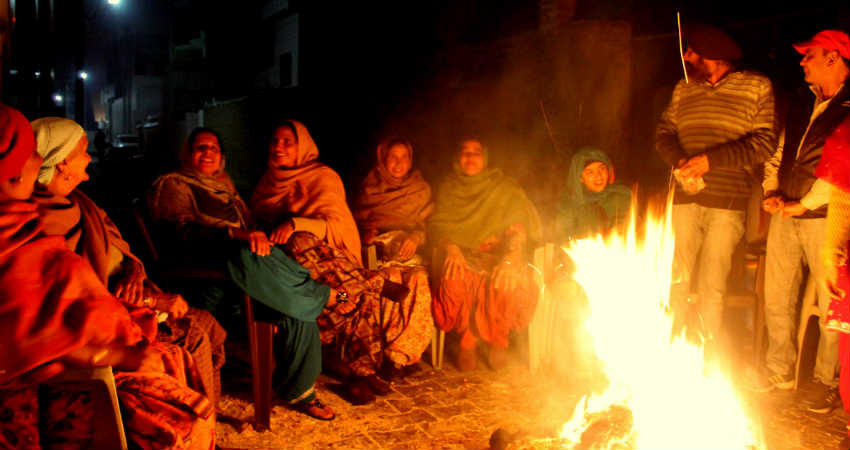 The weather of Punjab and Haryana has been witnessing dry weather for the past ten days. Last spell of rains was seen on November 27, wherein fairly widespread rain and thundershowers occurred over Punjab and Haryana.

In the months of November and December, these rains usually occur due to the approach of Western Disturbance over Western Himalayas. Now also, we expect a fresh spell of rain over Punjab and Haryana on December 12. These rains will once again be a sight due to the Western Disturbance which is now over Jammu and Kashmir. It will induce a Cyclonic Circulation over Rajasthan by tomorrow and rains will start over Punjab by the late night or early morning of December 11. The intensity of the rainfall will increase on December 12. During the same time, few intense spells of rain and thundershowers will be witnessed as well. Isolated pockets may even witness hailstorm activities.

As per our experts, the Western Disturbance will start moving east by December 13 and rain activities will reduce. But intermittent rains will continue until the evening of December 13 over Punjab and Haryana.

The weather will clear up by December 14, however, due to a significant increase in humidity levels, there may be widespread moderate to dense fog over Punjab and Haryana which may last up to December 15. Both day and night temperatures are expected to drop on December 14 and 15 leading to winter chill over both the states.

With this moderate to dense fog would also make an appearance over the plains of Haryana and Punjab. We must wait and watch, if dense fog persists for longer duration then cold day conditions may also be seen at isolated pockets of Punjab. Cold day conditions are declared when the day temperatures over the city settles below 16 degree Celsius.