Rain in Bengaluru wreaks havoc, on and off showers to continue 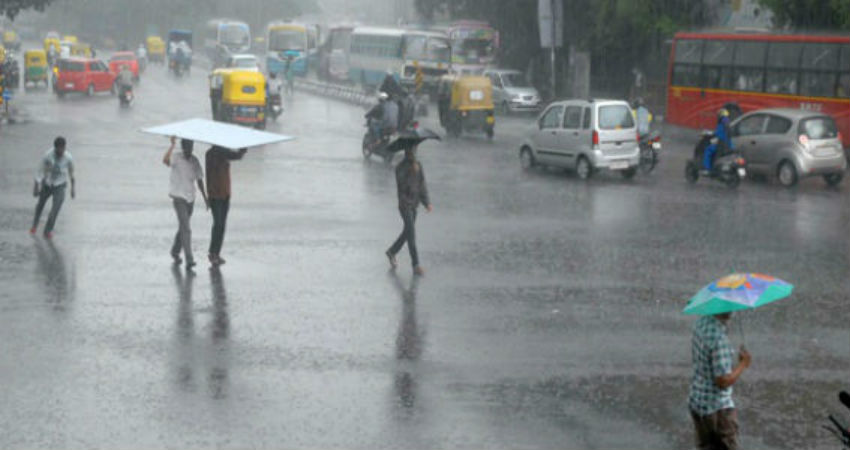 The city of Bengaluru has had a good time in terms of Pre Monsoon rains in the past month. Moreover, Bengaluru Rains have been a continuous affair for the past few days with just a few short breaks in between.

Heavy rain in Bangalore has been witnessed in the last 24 hours with power disruptions, traffic chaos and much more during the same time frame. In a span of 24 hours from 8:30 am on Sunday, the observatories have recorded moderate rains only but heavy showers have been seen in many adjoining areas, specifically over the northern parts of the capital city of Karnataka.

Traffic chaos has been observed in parts with waterlogging in other areas of the city. Due to strong winds over the region, many trees have reported to have fallen in several areas. Moreover, the purple line of the Bengaluru metro last night was snapped for half n hour in the northern region due to power failure in the region.

These upcoming rains will be attributed to a Trough extending from eastern parts of Bihar to South Interior Karnataka. Moreover, humid winds from Bay of Bengal and Arabian Sea are feeding moisture. Thus, these Pre Monsoon rains may get intensified in the coming days.