Rain in Kashmir, Himachal, Uttarakhand may cause landslides, mudslides 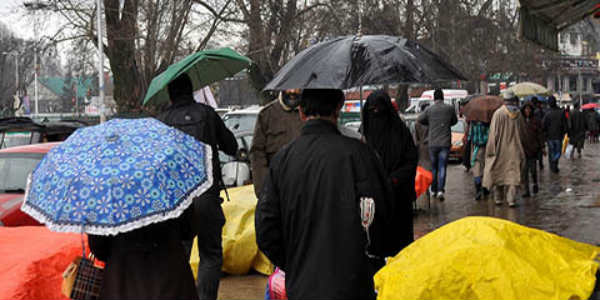 The hilly states of North India including the states of Jammu and Kashmir, Himachal Pradesh and Uttarakhand witnessed good rainfall and snow activity during the month of March. However, during the end of March and the beginning of April, the weather of these regions became dry and heatwave also made an appearance over these areas.

Rain gods, however, brought some good news over these areas and the weather did take a U-turn resulting in rains over the hilly states.

Thus, light to moderate rain and thundershowers will continue over many parts of Western Himalayan region until April 12. Higher reaches of Kashmir and Himachal may also witness isolated snowfall. Areas of Gulmarg, Keylong, Leh, Rohtang Pass may witness snowfall activity.

Along with this, the holy shrine of Vaishno Devi is also expected to witness rainfall activity which may cause trouble to the devotees visiting the holy pilgrim. Along with this, landslides and mudslides are possible over the entire hills of North India.

April 12 onward, weather will start to clear up and temperatures will also witness a rising trend. Until then, rainy days will continue over Western Himalayas.