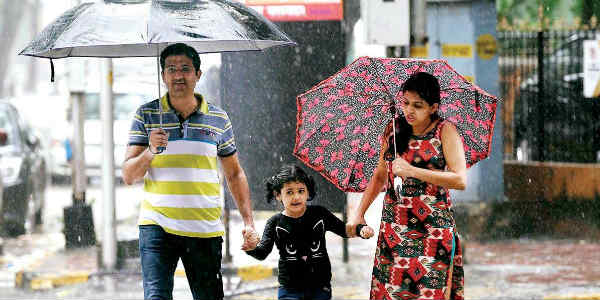 The period ranging from December to April is the leanest period for Maharashtra in terms of rainfall activity. In fact, coastal areas remain almost dry during this time. However, Vidarbha region sometimes observes occasional rain and thundershower activities as a result of formation of the North- South Trough.

This year, since the very beginning of January month, entire Maharashtra has been witnessing absolutely dry weather. In fact, all the four meteorological divisions i.e. Konkan & Goa, Madhya Maharashtra, Vidarbha and Marathwada have remained largely rain deficient so far. However, now with some systems evolving , we expect a notable change in the ongoing weather of Maharashtra.

In wake of a Trough running from Chhattisgarh to Tamil Nadu across Vidarbha and Marathwada, we expect some rains to appear over Maharashtra, ending the dry weather. Further, a confluence zone is also soon going to develop in the mid levels. Due to all these systems, we expect scattered rain and thundershower activities over Vidarbha as well as over parts of Marathwada between January 25 and 27.

Moreover, there are also bright chances of hailstorm activity during this period over parts of Marathwada and Vidarbha regions such as Nagpur, Akola, Buldana, Nanded, Parbhani and Hingoli. However, other regions such as Konkan and Goa as well as Madhya Maharashtra will remain untouched by these rains and continue to witness dry weather only.

Further, on one hand where Konkan & Goa as well as Madhya Maharashtra will remain devoid of any rains, on the other hand in wake of cold northerly winds, these regions will record low minimums followed by cool and pleasant nights over both the regions.

These rains would prove boon for farmers in terms of enhancing the soil moisture and nurturing upcoming crops. However, these rains being short- lived will not continue for long and we predict weather to go dry once again January 28 onward over entire Maharashtra.