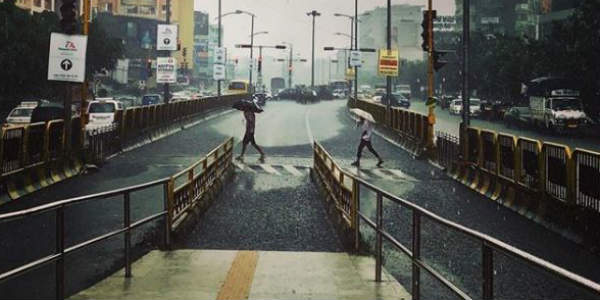 The state of Maharashtra, particularly, parts of Vidarbha and Marathwada saw a marginal dip in temperatures in the last 24 hours. This drop was due to the rains that occurred over the adjoining states of Telangana and Chhattisgarh.

Though rains did not occur over Vidarbha and Marathwada, the two experienced some relief in terms of observing partly cloudy skies which were responsible for plunging the mercury levels. However, they continued to remain above normal. Thus, the temperatures of both the regions that were above normal by two to four degrees Celsius, a few days back plummeted to settle one to two degrees above the normal levels.

On the other hand, the minimum temperatures remained near normal. Skymet Weather does not foresee any significant weather activity in terms of rains over Vidarbha and Marathwada for the next 24-48 hours and the weather would remain dry. However, isolated rain and thundershowers are expected to occur around April 5 or 6.

The areas that may witness these light rain and thundershowers during this time include Nagpur, Akola, Chandrapur, Parbhani, and Osmanabad.

During that time, the day temperature may fall further and settle at the near normal levels. Moreover, these rain activities would not be widespread and would remain spotty or in patches.

On the contrary, the weather of Konkan is likely to remain almost dry however, weathermen cannot deny the chances of isolated rain and thundershowers over parts of Madhya Maharashtra around April 7 and 8. Hence, Pune and Nashik may also observe isolated thundershower or thunderstorm activities.

At this juncture, let us look at the impact of this hot weather condition on the agriculture of Maharashtra:

Due to the marginal dip in the temperatures in the last 24 hours, the vegetable crops and fruit crops like Mango, Grapes, Orange may get affected by pests and diseases. Farmer is hence advised to monitor the standing crops for incidence and spread of pests.

As isolated rain and thundershowers are expected to occur around April 5 or 6, farmers are advised to keep harvested produce at safe places and postpone irrigation.