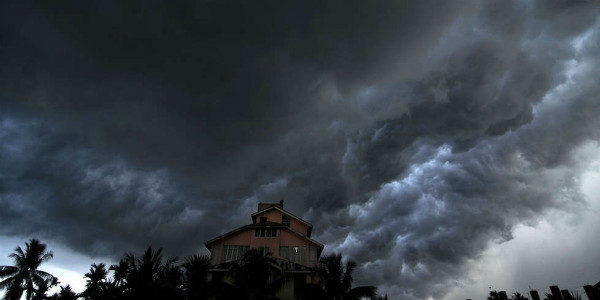 North India consists of both hills and plains including the states of Jammu and Kashmir, Himachal Pradesh, Uttarakhand, Rajasthan, Punjab, Haryana, Delhi NCR, and Uttar Pradesh.

During the winter season, hills are first to get affected in terms of rains wherein the plains see weather activities a day later. As far as this season is concerned, rains were on the backseat in the beginning for the plains of North India, however, starting mid January, rains have been at their peak.

In fact, rains have been a little more frequent than the average due to which mostly all pockets have been performing well.

With 115 percent surplus rains, Punjab tops the list. Others also are doing well, Uttar Pradesh was almost staring at very poor conditions until the last ten days of January, however, it has been alright thereafter. Rains however have become normal with figures on the positive side.

Now, it looks like, for the next two days, weather will remain dry over Punjab, Haryana, Delhi NCR, Uttar Pradesh and Rajasthan. In fact, today, obscured sky conditions were seen which indicated the passage of the systems.

During this time, minimum temperatures will fall by two to three degrees, which had risen in the last few days. In view of clear sky conditions, maximums will remain on the higher side for the next couple of days.

Another system is now coming up and will start affecting the hills on February 24, meanwhile the plains will see rainfall around February 25 only.

On February 25, rains will not be as intense. Another system will be right behind and start affecting February 26 onward, due to which rainfall activity will continue until February 28 over the Northern Plains.

February 26 will see heavy rainfall in some pockets and will spread over entire North India. The possibility hailstorm, lightning, strong winds is also likely. Foothills of the Himalayas will be specifically affected. Hailstorm may once again cause crop damage in many pockets.

By February 27, rains will reduce, and clearance will be seen around February 28. However, it seems like it isn’t the end of rainfall for the hills as another system may appear during the first couple of days of March.