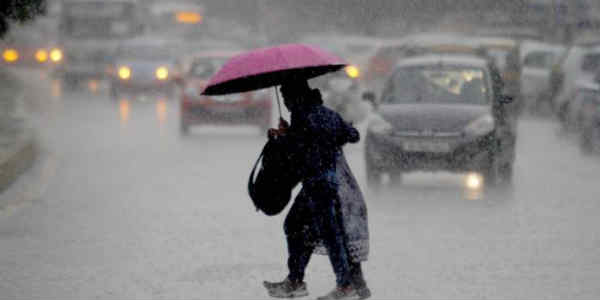 The period ranging from last week of December till January 1 had Cold Wave conditions in store for many parts of Uttar Pradesh as well as some parts of Bihar. During that time, minimums followed a decreasing trend with mercury dropping till 2.7℃ over Bihar while around 2.9℃ in Uttar Pradesh.

However, January 2 witnessed a major change in the weather conditions. Since then, minimums have been on a rising trend and Cold wave conditions have completely abated Uttar Pradesh and Bihar.

Moreover, since last two to three days, moderate to dense fog has been taking over parts of both states.

At present, a fresh active Western Disturbance is approaching Jammu & Kashmir. In wake of this system, rain and snowfall activities may occur over hills by today evening. Further, this system will induce a Cyclonic Circulation over Punjab and Haryana. This circulation will move in easterly direction towards Uttar Pradesh. Thus, we expect scattered rain and thundershower activities to take place over central and northern districts of Uttar Pradesh around January 6.

However, most of the southern districts of Uttar Pradesh will remain unaffected and will continue to witness dry weather. Places such as Pisawa , Jalaun, Jhansi, Mahua, Hamirpur, Fatehpur, Banda, Chitrakoot and Varanasi will remain completely untouched by rains, whereas places such as Muzaffarnagar, Bijnor, Muradabad, Bareilly, Lakhimpur, Bahraich, Gorakhpur may experience some scattered rains. Lucknow and adjoining areas will get the touch of light rains. Further, dense fog will appear around January 7 over many parts.

Talking about the state of Bihar, just like Uttar Pradesh, Cold Wave conditions have abated this state too.

Further, in coming days, after pouring scattered rains over Uttar Pradesh, the weather system will get weaken. Thus, foothills of Bihar may receive isolated light rain activities. However, intensity of these rains as compared to Uttar Pradesh will be much less. Further, due to clouding and consequently isolated rains, minimums over the state will show an increase. Some parts might also come under the grip of dense fog around January 8.