Rain in Uttar Pradesh to take a break now, comfortable days and nights ahead 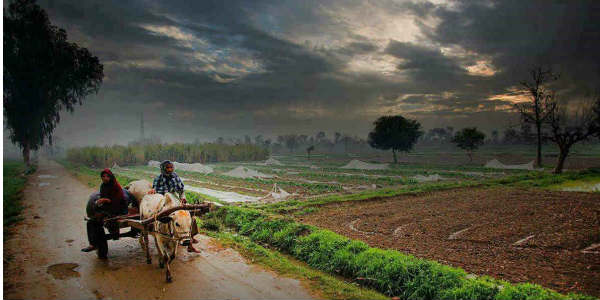 After witnessing light rains, Uttar Pradesh is now all set to brace for dry weather ahead. Several parts of the state such as Lucknow, Bareilly, Gorakhpur, Varanasi and Hardoi recorded light to very light rains in span of last 24 hours.

These rains were due to the trough, which was running across Uttar Pradesh, with its eastern end dipping south towards Peninsular India. However, the trough has now become insignificant. Thus, dry weather conditions are expected to make a comeback.

Although rains were very light in nature to have any impact over the temperatures, but persistent cloud cover led to drop in day maximums.

Now, with the weather clearing up, cold northwesterly winds from snow-clad Himalayas will return over the state. In wake of this, minimum temperatures across the state are likely to witness a drop, paving way for pleasant mornings and night for the next few days.

In fact, day maximums would also not witness much change and would increase marginally over the next few days. Thus, we can expect warm yet comfortable weather conditions to prevail over Uttar Pradesh.

Summers will gradually grip the state as we reach the fag end of month. Weathermen at Skymet Weather do not foresee any weather system approaching the state soon, thus clear sky and bright sunshine in foresight as enter April.