Rain likely in Punjab, Haryana, Delhi and Rajasthan during next 24 hrs, winters to arrive by Nov 10 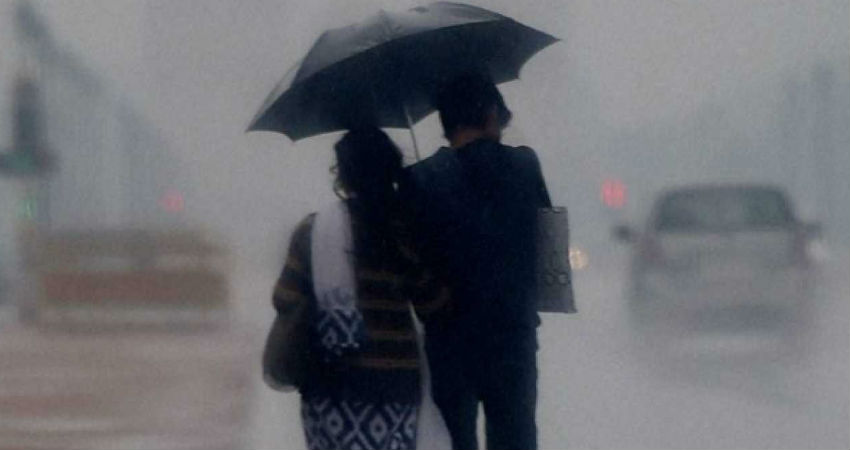 After experiencing dry weather for quite sometime, scattered light to moderate rain finally appeared over Punjab, Haryana, and Rajasthan during the last 24 hours. Hailstorm activities were also recorded in some parts of Northwest Rajasthan such as Hanumangarh.

These weather activities can be attributed to multiple weather systems. At present, an active Western Disturbance is over Jammu and Kashmir with its induced Cyclonic Circulation over Central Pakistan and adjoining Punjab and Haryana. In addition, humid winds from the Arabian Sea in the wake of Cyclone Maha are blowing over the region.

As these systems would persist for some more time, on and off rains would continue in many parts of Punjab, East Haryana, Delhi, and NCR area as well as East Rajasthan for another 24 hours. Isolated rain is also likely in West Madhya Pradesh during the same span.

These rains would pave a way in washing out air pollutants in Delhi and NCR area. Moreover, due to recent rains, the fields in Punjab and Haryana are still wet. As there has been a forecast of more rain, it would take some more time for farm fires to resume. Hence, relief is in sight for the next two to three days, as the flow of smoke particles would remain suspended.

Talking about the northern hills, already heavy snowfall has lashed parts of Jammu and Kashmir as Himachal Pradesh. This trend will continue until tomorrow.

By November 9, the Western Disturbance would move away and icy cold winds from the snow-clad mountains of Jammu and Kashmir as well as Himachal Pradesh would blow over the northern plains.

These winds would help in dropping down the minimums by three to four degree Celcius, thereby marking the onset of winters over the northern plains, most probably by November 10. A significant drop is likely in both the day and night temperatures.

The temperatures of Delhi which are around 18 degree Celcius at present, would also come down to 13 to 14 degrees within the next three to four days.