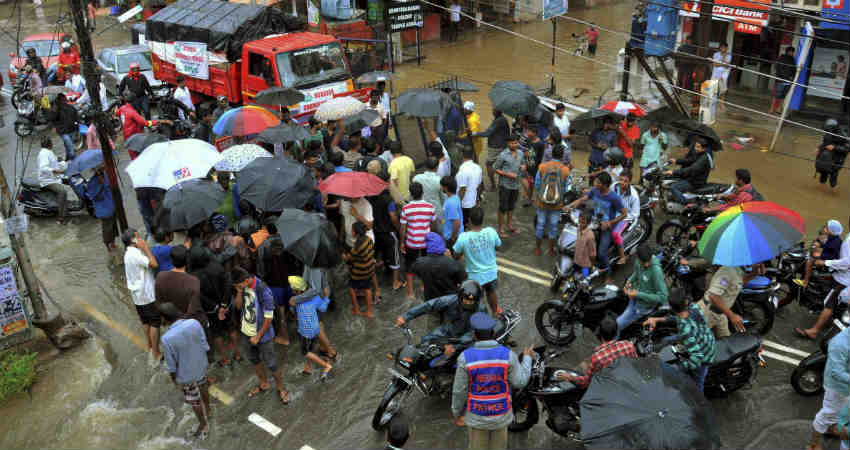 The state of Andhra Pradesh has been witnessing moderate rains with isolated heavy spells for the last few days. Presently, there is a Cyclonic Circulation over the west-central Bay of Bengal off Andhra coast. Therefore, we now expect rains to further increase over Andhra Pradesh.

Currently, Coastal Andhra Pradesh is rain surplus by five percent and Rayalaseema by nine percent. This Cyclonic Circulation is about 7.6 km above the sea-level tilting with height.

Under its influence, fairly widespread rain and thundershowers are foreseen over Andhra Pradesh and Rayalaseema during the next two days, i.e., until September 25. Places like Visakhapatnam, Machilipatnam, Prakasam, Kurnool, Anantapur, Nellore are likely to receive moderate rains with isolated heavy spells until September 25.

Thereafter, the intensity of rains will decrease but scattered light to moderate rains will continue. Also, the rain surplus will increase further over both regions.

However, by September 27 we expect a significant decrease in rainfall activities over the state of Andhra Pradesh, and only isolated light rains will be in sight. During this time, the temperatures may increase marginally, and sunny weather is likely to be experienced.

As per our Vice President- Meteorology and Climate Change, Mr. Mahesh Palawat, no significant weather system are expected thereafter, and this will be the last good Monsoon spell of this season as Monsoon season officially ends on September 30.

However, rains will continue in the month of October as well because Andhra Pradesh is that state which faces rains during both, Southwest and Northeast Monsoon season.