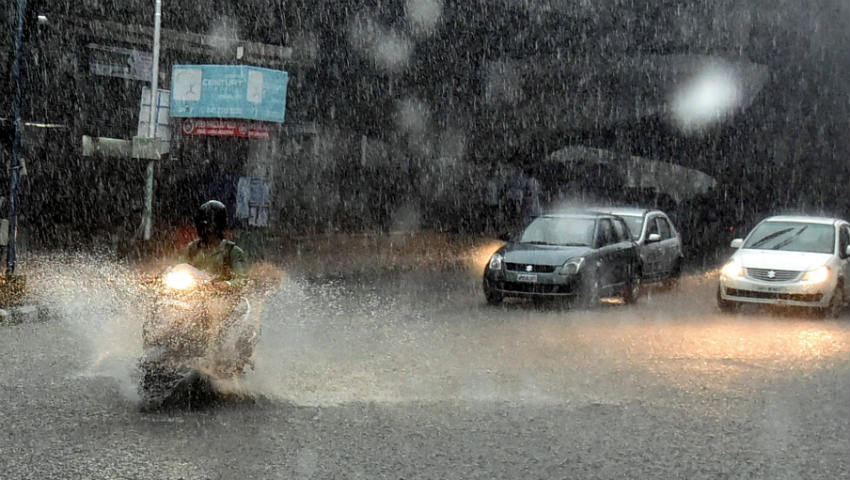 Until now, pre-monsoon activities over Telangana were almost absent. Although isolated rain and thundershowers occurred over Hyderabad and adjoining areas but the intensity and spread remained low.

A trough is extending from South Chhattisgarh to Tamil Nadu across Telangana. Moisture feed is available from the Bay of Bengal with the help of Southeasterly winds. Light to moderate rain may occur over parts of Telangana during the next 24 hours. By April 14, a cyclonic circulation is likely to form over Vidarbha and adjoining parts of Telangana leading to the intensification of pre-monsoon activities. Moderate showers with isolated intense spells of rain associated with lightning strikes and strong winds are expected in Telangana on April 14th. Pre-monsoon rains will continue over parts of Telangana until April 15 or 16.

This year pre-monsoon showers over Telangana are before time. Usually, thunderstorm and thundershowers over Telanagana intensify by late April over the state. The surge in maximums and formation of weather systems such as trough and cyclonic circulation as well as moisture incursion from the Bay of Bengal has triggered these pre-monsoon rains.

Day and night temperatures have dropped over Telangana in the last few days. And minimums in Telangana are now near normal, and maximums are below normal. There are chances of further fall in temperatures by two to three degree during the next 3 to 4 days. The temperature in Telangana may crawl back to higher thirties by April 17th. We do not expect heatwave to make a comeback over Telangana until the end of next week.