Rain, thunderstorm and lightning strikes expected in Kolkata from tomorrow 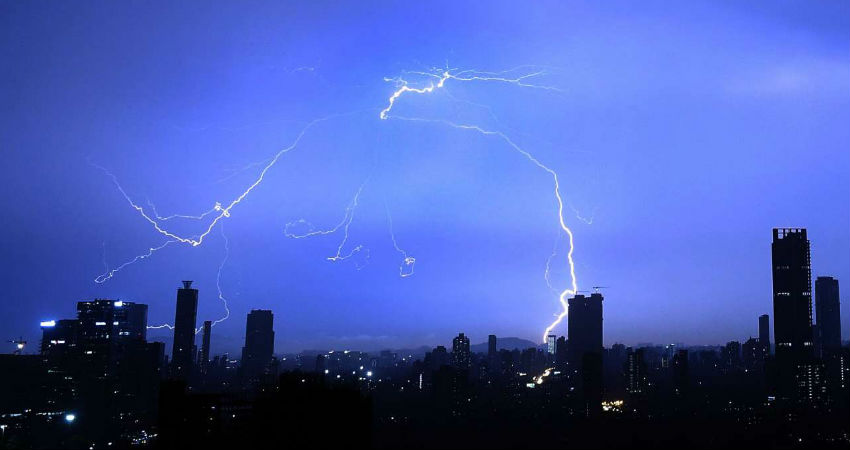 It has rather been a poor start to the month for the capital city of Kolkata. The first six days have been nearly dry with the cold north-westerlies influencing the temperatures. The weather models at Skymet, however, are signaling a change in the present weather scenario and indicating rain after the next 24 hours.

These rains would occur on account of Confluence Zone that could be seen forming due to the merging of air masses from two different directions (cold north-westerlies are merging with humid south-easterlies from the Bay of Bengal). In the wake of this convergence, clouding has already started appearing over some parts of the city.

By tomorrow, the cloud cover is expected to increase following which light to moderate rains may occur on February 7 and 8. These rains would be accompanied by thunderstorms and lightning strikes at a few places.

Meteorologists at Skymet have predicted a total of 8 to 10 mm of rains on these two days. There are bright chances that the city may cover half of its monthly average rainfall (February) which stands at 20.9 mm.

Meanwhile, due to humid winds from the southeast direction, minimums have increased by a couple of degrees. The day temperatures, however, are in the comfortable range, settling in the mid-20s. A similar condition is likely for the next two to three days.

By February 9, the Confluence Zone is likely to shift owing to which rains may start vacating Kolkata and adjoining region. Post this episode, cold winds are expected to resume, leading to a drop in the temperatures once again.

Due to good amounts of rain, the city has surpassed its monthly average rainfall for January and may follow the same trend in February considering chances of multiple rainy spells.

January to mid-February is a pleasant period for Kolkata in terms of weather activities. While it starts heating from the second half of the month. March onwards, pre-Monsoon activity kick starts in Kolkata while it is one of the hottest pockets during Summers and rainiest during Monsoons.