Rainiest Pre-Monsoon for Kerala, showers to continue till the onset of Monsoon 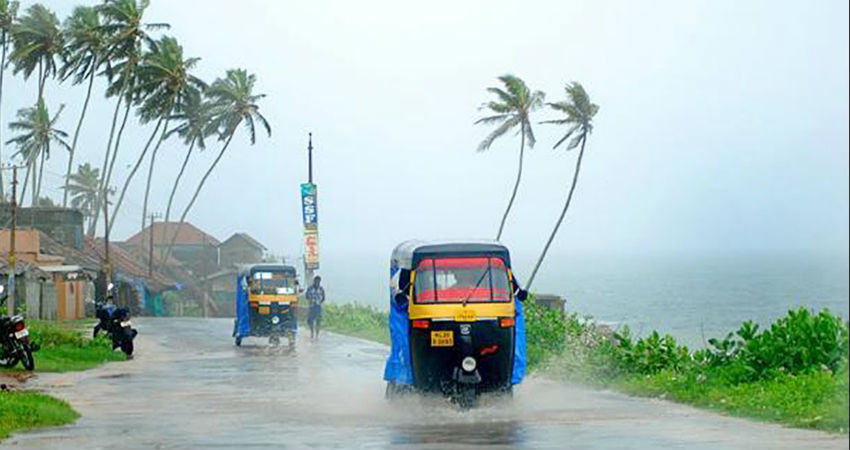 The state of Kerala has been deluged this pre-monsoon and surpassed previous records. All three months of this season have recorded surplus rains for Kerala. The month of March and April were in excess by 64% and 21% respectively for Kerala. Courtesy cyclone Tauktae, month of May was swamped and the season has become the rainiest to record 613mm rainfall so far against the normal of 270mm for Kerala. 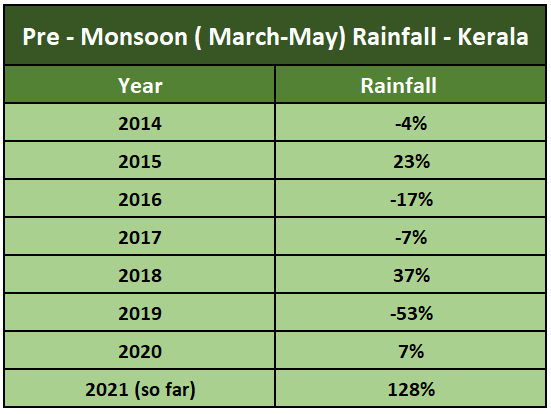 Southwest Monsoon has set in over South Andaman Sea, a day prior to its scheduled date of 21st May. Also, a fresh low-pressure area has formed over East Central Bay of Bengal. This will intensify further to a cyclonic storm over North Bay of Bengal shortly. Formation of such systems invigorate the monsoon stream across Arabian Sea and Kerala coast. Monsoon onset is approaching fast over Kerala and is likely by month-end. Pre Monsoon showers to pick up pace under these circumstances.

Almost all stations of Kerala have received large excess of rainfall for the season. More showers are likely over the next few days for Kerala. Pre Monsoon is likely to end with a record rainfall for Kerala.