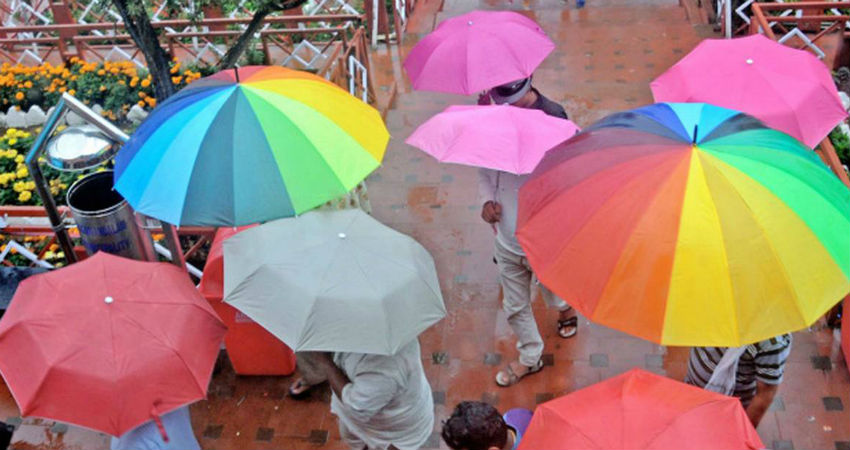 Cyclone Bulbul is soon to make landfall over Bangladesh. Its effect is being observed not just in the Eastern states but over South India as well. Due to the Cyclonic Strom Bulbul, winds are northerly northwesterly over many parts of Telangana and Andhra Pradesh. While, light winds are blowing over Kerala and South Karnataka. Also, a Cyclonic Circulation is likely to form over extreme South Tamil Nadu. A Trough from this system will extend up to South Maharashtra in the lower levels.

Under the influence of these systems, many places in Tamil Nadu saw light to moderate rains with isolated heavy rains, while scattered light rains were observed over Kerala. Also, light to moderate rains were witnessed over extreme South Karnataka. Looking at the figures, during the last 24 hours, Salem received 64 mm rains, Mysore 31 mm, Arogyavaram 10 mm and Alappuzha received 3 mm rains. Whereas Andhra Pradesh and Telangana remained mainly dry.

Due to the present situation, rain and thundershower activities will continue over many places in West Tamil Nadu, Kerala, and extreme southern parts of Karnataka. Stations like Coimbatore, Ooty, Kochi, Kozhikode, Mysore, Shimoga and Hasan will be affected with moderate spells of rain. Also, isolated heavy rains cannot be ruled out over here. Light rains are expected over rest parts of Tamil Nadu, coastal Karnataka, and a few parts of Rayalaseema.

The rainfall activity is likely to continue tomorrow as well over Tamil Nadu, and South Karnataka while the activity will reduce marginally over Kerala. Andhra Pradesh and Telangana will continue to remain mainly dry.

Meanwhile, morning temperatures may drop marginally due to the northerly winds blowing over the region.  Largely comfortable weather conditions will prevail over Andhra Pradesh and Telangana.