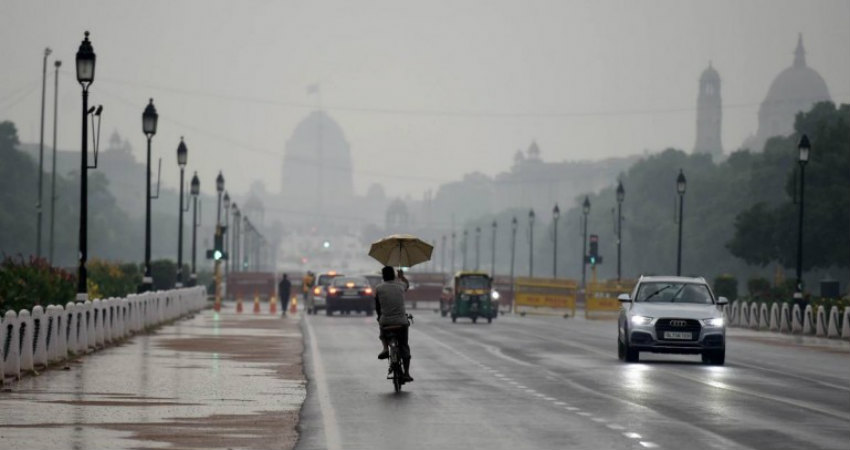 Delhiites woke up to a dampened city this morning. As had been forecast by Skymet Weather, Delhi rains made an appearance over Delhi NCR yesterday evening and continued to lash many parts of the national capital all through the night. Thundery activity and lightning were witnessed in many areas leading to power outages.

During the last 21 hours, Delhi recorded heavy rains in many parts. Intense spells were also reported over a few areas. Palam has recorded 40 mm of heavy rain. This is the heaviest rain the observatory has ever recorded. The monthly average for Palam stands at 6.9 mm. Before this, the 24-hour highest record for Palam was at 33.7 mm. Safdarjung Observatory also recorded the heaviest rain since 2007 at 33.5 mm.

In fact, many areas in Delhi and NCR have reported hailstorm activities as well. The rains led to a significant drop in temperatures.

These rains surely led to a reduction in air pollution over the city but also came with a few own setbacks. Multiple areas saw waterlogging, traffic jams, and strong winds to the order of 30 to 40 kmph. Moreover, two flights were diverted, towards Jaipur while three remained in the air for long due to hailstorm, strong winds and rains yesterday evening.

Patchy rains are likely to continue today as well. Although the weather system has moved away still the moisture content is high. Also, thunderclouds are likely to appear over some areas.

By tomorrow, the weather will clear up. We expect dense fog to reappear tomorrow and day after tomorrow. Minimum temperatures will start dropping from tomorrow onward. Single-digit temperatures are likely to be recorded.

These rains have been attributed to the Western disturbance in the hills and its associated cyclonic circulation over the plains of North India.