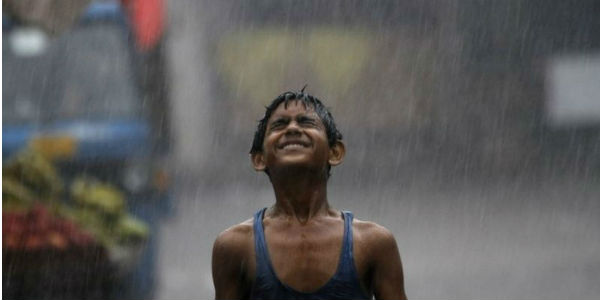 The state of Madhya Pradesh has been witnessing dry weather conditions for a month now. In fact, there has not been any rainfall activity over the region.

However, the month-long dry spell over Madhya Pradesh is likely to end today as some light rains are likely over the state. The short spell of rains had already begun over Delhi, Punjab, Haryana, and Rajasthan last night, continuing until today morning.

Now, it is time for the centermost state of the country to receive some spells as well. However, these rains are expected to remain confined to North Madhya Pradesh. Cities including Gwalior, Morena, Datia, Shivpuri, Sheopur, and Guna are expected to witness light rains today.

On the contrary, the remaining parts of the state including Indore and the capital city of Bhopal are likely to remain dry.

According to weathermen at Skymet Weather, these rains will occur due to the induced cyclonic circulation over North Rajasthan and adjoining Haryana. This system has developed in view of the Western Disturbance that is presently seen over the Western Himalayan region.

These short-lived rains are anticipated to continue over parts of North Madhya Pradesh for the day. The minimum temperatures across the state are also on a rise and are expected to remain stable on account of these rains.

However, after the weather system would move away eastwards, the rains would stop appearing and dry weather is expected to prevail.