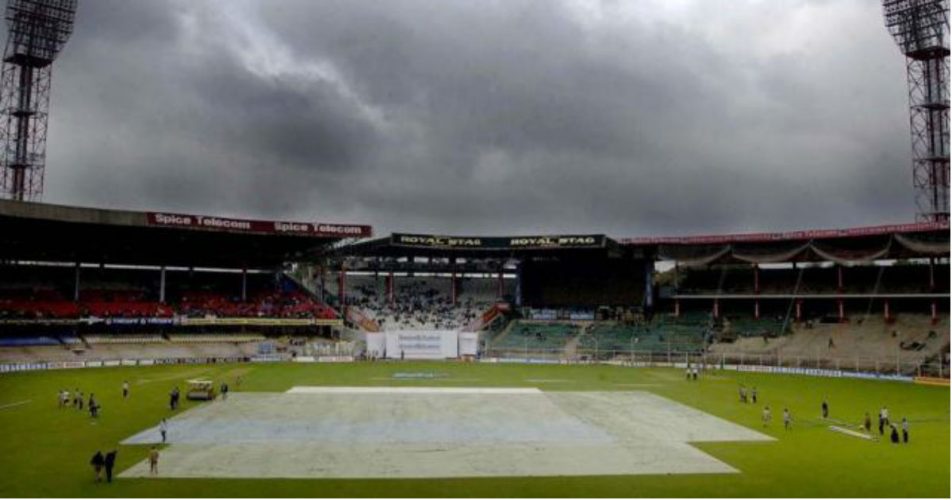 T20s had a rather disappointing start this season with the first match being washed out in Dharamsala before it started. Now, as the series is onto its final lap and India is about to seal the series against South Africa as the two teams face off in Bengaluru for the final encounter today, rains can again play some spoilsport before the awaited match begins.

The third and final match will take place between India and South Africa in M Chinnaswamy Stadium, Bengaluru at 7 pm today.

Looking at yesterday’s weather over Bengaluru:

During the last 24 hours, the city of Bengaluru remained mainly warm and humid along with a cloudy sky. Also, some spells of rain and thundershowers have been recorded in the city.

While the Bengaluru City Observatory has recorded 8 mm of rains, the Hindustan Airport Observatory received 6 mm rains during the same period.

Presently, a Cyclonic Circulation is persisting over West-central Bay of Bengal and adjoining region. This system is extending up to 7.6 kms and tilting Southwestwards with extending heights. This weather system will be affecting the weather over the city of Bengaluru and South Interior Karnataka in the days to come.

During the next 24 to 36 hours, moderate to heavy spells of rain and thundershowers are likely to be experienced over the city. Major rainfall activity is likely to remain concentrated towards the night hours.

This might pose a threat to the cricket match which has to be played today.

Today the day temperature is expected to remain around 28 degree Celsius while night temperatures will be between 20 to 21 degrees.

All these weather conditions will be continuing during the next 48 hours. Thereafter the rain intensity is likely to decrease.