Rains take toll on lives and livelihood in Bihar and Uttar Pradesh, no respite in sight 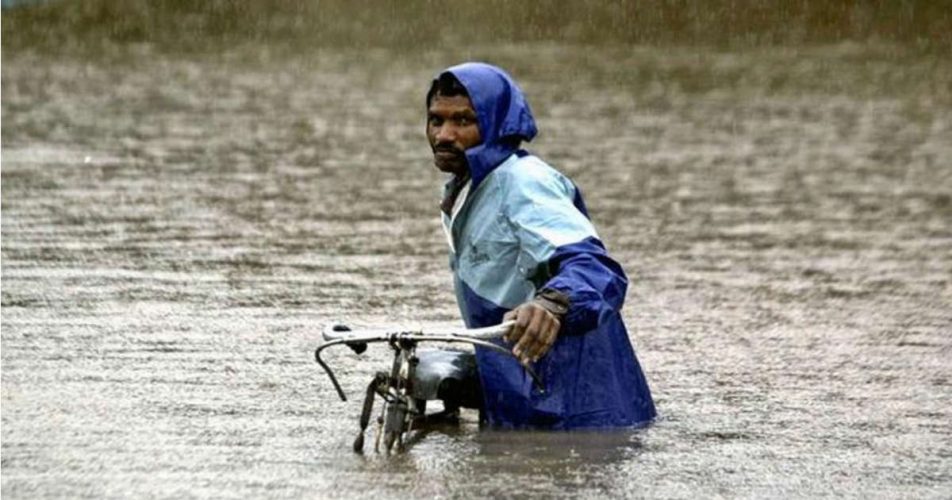 As the date of Monsoon departure comes near, rains have caught an altogether different tangent in Uttar Pradesh and Bihar. Its raining cats and dogs over the region since the last few days. Flooding rains have brought life to a standstill over the region. Rains have took a toll over life and livelihood in the region.

Several lives have been lost in both Uttar Pradesh and Bihar till now. A of the recent figures, at least 73 people have lost their lives in Uttar Pradesh alone. The death toll in Bihar remains close to 20.

The waterlogging is so severe that waters have seeped into houses and shops. People are being seen floating in boats over local roads. In Bihar, heavy rains in several parts of the state has badly hit rail traffic and healthcare facilities. A red alert was sounded in almost 13 districts of Bihar as no respite from rains was in sight.

Several trains have been affected in the region. Due to continuing heavy rains, train services were temporarily suspended on the Samastipur-Darbhanga and Gaya-Koderma routes. Some trains from the Ara-Sasaram-Pandit Deendayal Upadhayay junction were also cancelled following water logging on the tracks.

Schools and all other educational institutes have been shut in multiple cities. Schools in Lucknow, Amethi and Hardoi remained shut on Friday and Saturday due to heavy rainfall. Moreover, schools in Patna will remain closed until October 2.

Already NDRF teams and other disaster management teams have been deployed in the states for restoring the situation back to normal. However, the ongoing rains are not paving a window for the rescue operations, rather worsening the situation.

Skymet has forecast heavy rainfall in both the states till September 30.