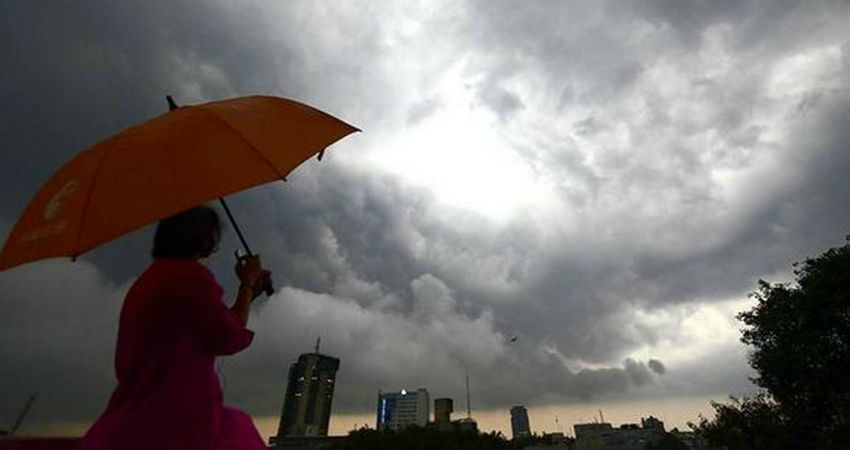 At present, a Cyclonic Circulation lies over Vidarbha in the lower levels. A Trough is extending from this system up to North Interior Odisha. At the same time, an anti-Cyclone has strengthened over North Bay of Bengal. Moisture from this system continues to grip eastern and adjoining Central India.

Due to the persistence of these systems, scattered activity has occurred over South Odisha, isolated parts of Jharkhand and adjoining Bihar during the last 24 hours. The activity is likely to increase today before decreasing once again tomorrow.

Today, the coastal parts of Odisha may receive scattered moderate to heavy rainfall. These rains are very likely to be associated with lightning and hailstorm. Strong winds are likely to blow which might reach up to 50 kmph at times. Scattered light to moderate rains and thundershowers are likely at many places over eastern parts of Odisha, West Bengal, Jharkhand and Bihar.

As another Cyclonic Circulation lies over Central Assam. Multiple northeastern states like Sikkim, Sub-Himalayan West Bengal and Arunachal Pradesh may receive moderate rains and thundershowers with a few heavy spells. Hailstorm is also possible over the region. Meanwhile, light rains are likely at many places over Assam, Meghalaya, Nagaland, Tripura, Manipur and Mizoram. This activity over northeastern states is likely to persist for the subsequent 24 hours.

Weather update and forecast for June 23 across India