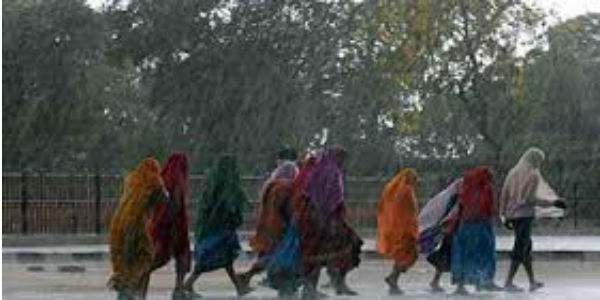 The absence of rains has once again marked the prevalence of dry spell to start commencing over parts of the state wherein most of the regions are yet to see good rains. However, some rains are marching towards both the states.

Within the span of 24 hours from 08:30 am on Thursday, districts of Madhya Pradesh such as Satna recorded 48.6 mm of rains, followed by Seoni that recorded 10 mm of rains, Pachmarhi 6 mm, Chhindwara 5 mm and Umaria recorded 3 mm of rains. While Indore, Ujjain and the capital city Bhopal remained dry during the above-mentioned time frame.

In a similar manner, Raipur recorded very light traces of 0.3 mm of rains during the same time span, however, most of the regions of Chhattisgarh remained dry.

As per Skymet Weather, a trough is extending from North Chhattisgarh to Tamil Nadu. In the wake of this weather system, mainly light with one or two moderate rains are likely over many parts of Chhattisgarh and the southern parts of Madhya Pradesh for another 24 hours.

Moreover, West Madhya Pradesh which has remained dry will also start receiving light rains at a few places. On the other hand, the northern districts of the state such as Gwalior, Datia, Shivpuri will remain dry.

However, initially rains will commence over Mandla, Hoshangabad, and Betul and after 24 hours, the western regions that include Indore, Bhopal and Ujjain will get to see some rains.