Rains to further slow down in Maharashtra and Gujarat, only patchy rains likely over Ahmedabad, Vadodara, Kolhapur and Nashik 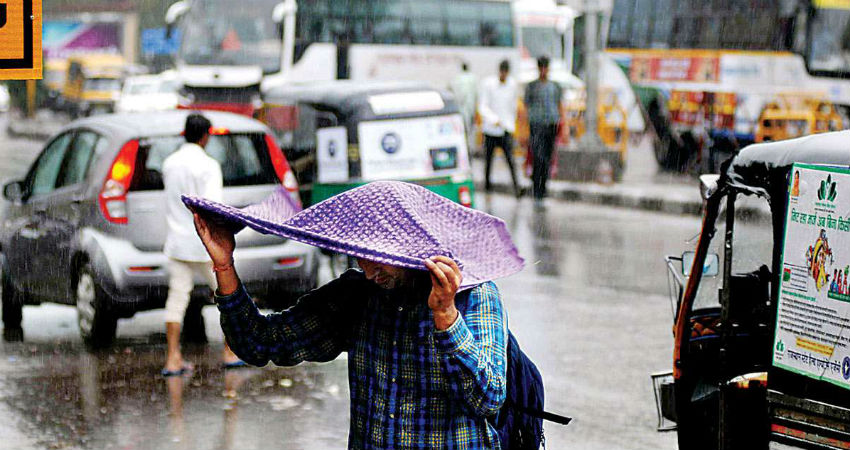 According to the rainfall data available with Skymet, Deesa has recorded 7 mm of rainfall, Bhavnagar 3 mm, Valsad 8 mm, Vadodara 2 mm, Wardha 11 mm, Washim 7 mm and Nagpur 6 mm in a span of 24 hours from 8:30 am on Tuesday.

The meteorologists at Skymet have predicted a further reduction in the rainfall activities of both the states. This is because the Well Marked Low-Pressure Area has moved further towards Northeast India. And no significant weather system is prevailing in the vicinity of either Maharashtra or Gujarat.

Only a low-level Cyclonic Circulation is persisting over South Pakistan and adjoining Rajasthan, along with the Trough extending from North Madhya Pradesh to Telangana across Vidarbha.

These systems would give only patchy rains over East Gujarat that too in only a few parts due to the influence of southwesterly moist winds over the region. Places like Ahmedabad, Vadodara, Surat, and Patan stand a chance of witnessing these rains.

The rainfall activities would further decrease over Gujarat and northwesterly winds are expected to blow after a gap of 48 hours, which would add up to more dryness in the state.

Meanwhile, no significant rainfall activity is likely in the districts of Maharashtra for the next two days. In fact, the coastal station may remain mainly dry for another 24 to 48 hours. Only some patchy rains may occur in parts of Kolhapur, Sangli, Satara, Nagpur, Amravati, Akola, Jalgaon and Nashik within a span of 24 hours.

The cities of Mumbai and Pune would remain mainly dry with a rise in the temperatures.