Rains to play a spoilsport at T20I opener in Dharamsala today 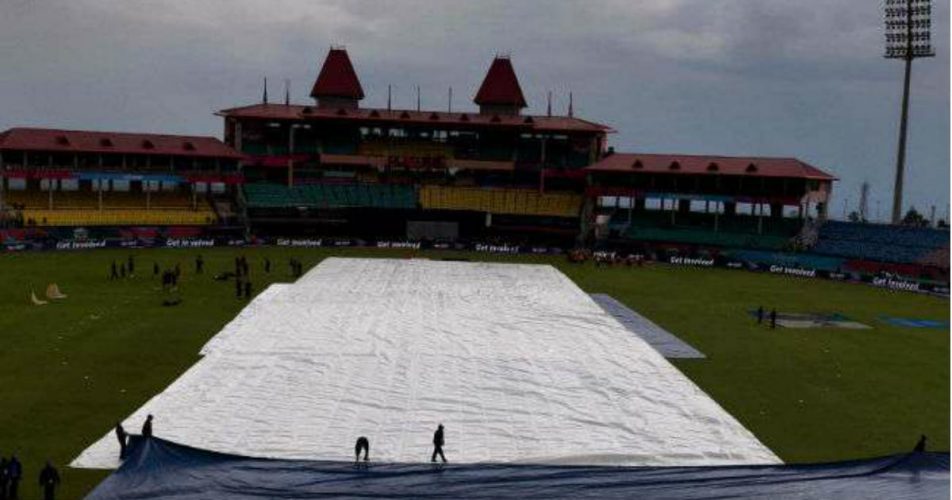 During the last 24 hours, the state of Himachal Pradesh, has received mostly dry weather conditions with a partly cloudy sky. This can traced down to the fact that no major weather system is affecting the state at present.

The day and night was mainly pleasant. Although, isolated places have also recorded light to moderate rains and thundershowers. Dharamsala observatory has recorded 23 mm of rains during the last 24 hours while Una received 13 mm of rains.

Dharamsala holds an important place weather-wise as India is going to play its opener T20I against South Africa today.

Presently, a feeble Western Disturbance as an upper air Trough is moving across higher latitudes, North of Jammu and Kashmir.

Thus, some spells of rain and thundershowers will be affecting Dharamsala and a few other places in Himachal Pradesh during the next 12 to 18 hours as well.

Moreover, this light rainfall is likely to continue over Dharamsala during the next 2 to 3 days. The general weather activities will be during late afternoon and evening hours.

These short spells of light rains, might turn out as a disturbance for the ongoing cricket match.

Day temperatures are likely to remain around 26 degree Celsius and night temperatures will be around 19 degrees.