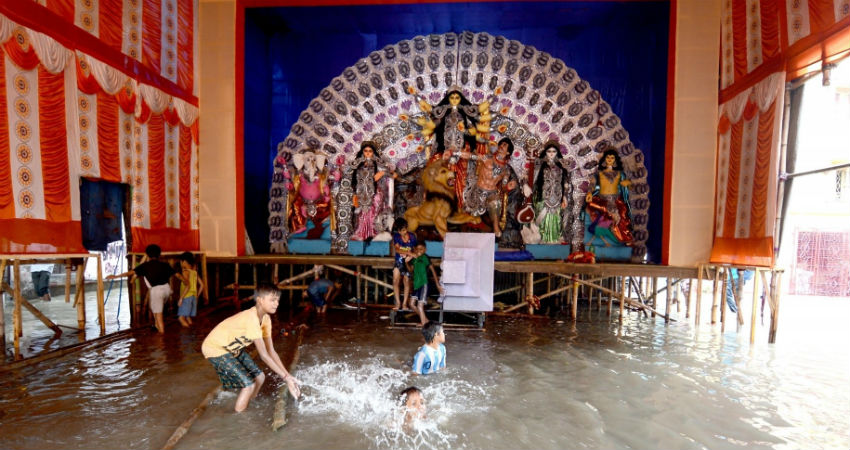 Moderate rain and thundershowers coupled with isolated heavy spells were recorded in many parts of East India during the last 24 hours.

The states of Odisha, Jharkhand and West Bengal were the ones to witness these rains, wherein Malda and Balasore received 39 and 34 mm of rain, Jamshedpur 22 mm, while light showers were observed in many other parts in a span of 24 hours from 8:30 am on Saturday.

As these showers were intense in some parts, Durga Puja celebrations too were hampered and our meteorologists have predicted a similar condition during the remaining days, as rains are refusing to stop.

Under the influence of these systems, moist winds from the Bay of Bengal are feeding moisture to the states of East India.

These systems would bring more light to moderate rain and thundershowers in many parts of West Bengal, Odisha and Jharkhand for the next three to four days, thus posing a threat to Durga Puja celebrations.

Gangetic West Bengal would observe light to moderate rain and thundershowers while rains would be light in parts of Sub Himalayan West Bengal.

The capital city of Kolkata, wherein Durga Puja is the main festival would also get to see some spells of rain and thundershowers.