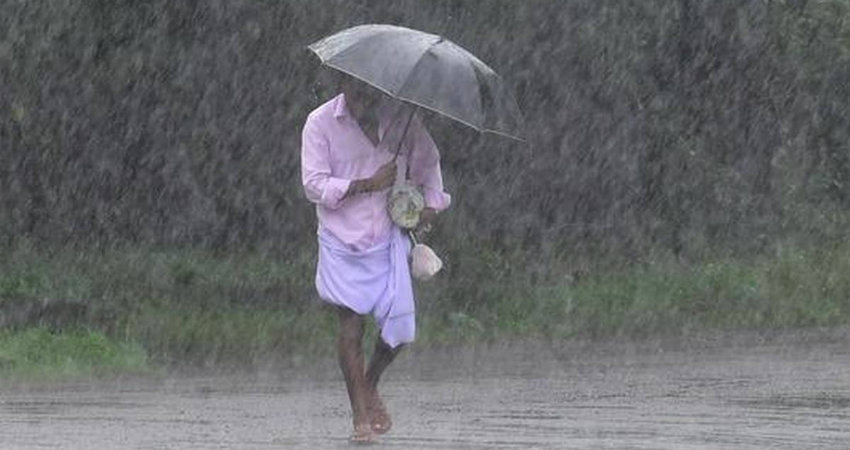 Fairly widespread rains with scattered heavy to very heavy falls are likely over South Peninsula over the next few days. The most vulnerable regions are Karnataka, Kerala, and interiors parts of Tamil Nadu. Few locations like Kannur, Kozhikode, Munnar, Kottayam, Bengaluru, Mysuru, Hassan, Chitradurga, Madurai, Trichy, Salem, and Coimbatore have the risk of experiencing flooding rains between 02nd to 05th September. This spell may even extend beyond covering parts of North Interior Karnataka, Rayalaseema, and South Coastal Andhra Pradesh.

A cyclonic circulation has appeared over the Southeast Arabian Sea, off the Kerala coast with a trough extending across the extreme South Peninsula. Subsequently, this feature is shifting over the interiors of southern parts and persisting for a few days. These rains will also be accompanied with lightning and thunder and most frequented during evening and night. This kind of activity spikes towards the second half of September which happens to be the rainiest month of monsoon season for cities like Bengaluru, Mysuru, Madurai, Trichy, and few others.

South Peninsula as such is enjoying a huge surplus 0f 20% of seasonal rainfall so far. Kerala is the least rainy with a marginal shortfall of 9% and contrarily Rayalaseema is the most surplus division with an excess of 77%. The deficiency over Kerala will shrink and the surplus elsewhere to rise further with this wet spell. The first fortnight of September looks like soaking most parts of South India.

A week-long rainy spell for Bihar, heavy rains in some parts

Mumbai Rains: Dry weather to continue for Mumbai till September 10

Sultry weather to make a comeback over Mumbai