Rainy weekend for Lucknow, Bareilly and Moradabad, temperatures to drop 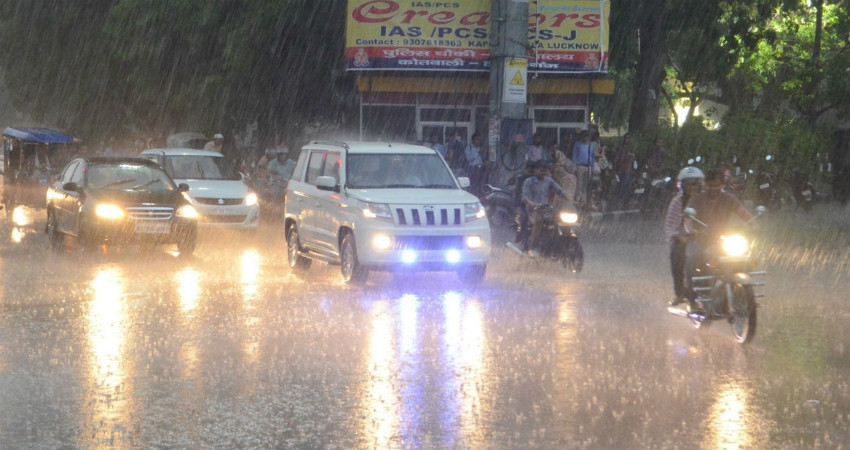 Summers have been a scorching one this time for the state of Uttar Pradesh wherein the temperatures have been soaring sky high over the Northwest Plains. A similar weather pattern has been seen in the past week of May as well.

Good news is that temperatures have declined as compared to the past two to three days due to change in wind pattern. The winds are now blowing from Southeast direction. Along with this, the humid winds from the Bay of Bengal are also feeding moisture to most of the northern districts of Uttar Pradesh.

Moreover, a Trough is extending from Punjab to East India across Uttar Pradesh. In the past 24 hours, scattered rains were seen over Bahraich and Gorakhpur. However, Varanasi, Prayagraj, Lucknow, and Agra remained dry, but they did witness a drop of four to five degrees.

Places like Varanasi, Prayagaraj, Lucknow have been reeling under heat wave conditions for many days. Lucknow now has settled around 40 degrees. While the temperature in Agra is still three degrees above normal and yesterday it recorded around 45.6°C.

The experts have to say that the easterly/southeasterly humid winds would continue throughout the week. From June 6 onward, we can expect isolated to scattered rain and thundershower activities over the central and western parts of the state like Lucknow, Bahraich, Bareilly and Moradabad. With rains, temperatures might drop further while other regions would continue to witness dry weather. With high humidity levels over Southwest Uttar Pradesh, discomfort level is likely to see a hike.