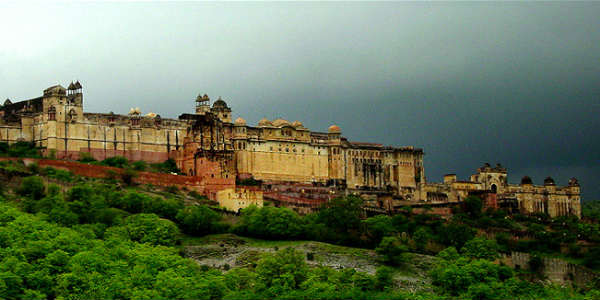 Several parts of Rajasthan witnessed cold wave to severe Cold Wave conditions between December 18 and 30. However, since then the minimum temperatures were on a rise and cold wave abated almost entire Rajasthan by January. During that time, minimums were near normal or marginally above normal over most places.

The increase in temperatures was due to change in wind direction, from northerly to southwesterly. Similarly, in Gujarat also many parts were under cold wave conditions, between December 27 to January 1. However, since then the temperatures of Gujarat are also seen on a rising trend, in wake of the same reason as Rajasthan.

Now, the present Western Disturbance has moved away and cold winds from north have once again commenced over Rajasthan and Gujarat, leading to significant drop in night temperatures. Temperatures over Rajasthan dropped by 3˚C to 4˚C and over Gujarat by 2˚C to 3˚C. Thus, once again making the nights cold. Further, also we expect temperatures to drop during the next 2 to 3 days.

Furthermore, winds are expected to change direction again and will start blowing from southwest. These southwesterly winds will be comparatively warmer. Therefore, night temperatures will increase once again.

Thus, we can say that cold weather will continue over both these states till January 10. Thereafter, there will be relief from the ongoing cold morning and nights.