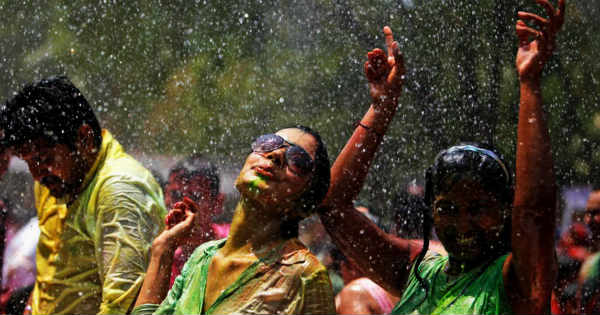 A confluence zone persisting over East Madhya Pradesh to Gangetic West Bengal across Chhattisgarh and Jharkhand has already given scattered rain and thundershowers with isolated heavy spells over Chhattisgarh, Jharkhand, parts of North Odisha and Gangetic West Bengal. Places like Pendra Road, Ranchi, Alipore in South Kolkata have been a sight to these moderate rains.

These intermittent rains would continue for all the states, i.e, North Chhattisgarh, many parts of Jharkhand, North Odisha and Gangetic West Bengal for next 48 hours. Rains would be witnessed up till March 18, wherein on March 19 the rains would start to recede. Places like Ambikapur, Pendra Road, Bilaspur, Korea, Ranchi, Jamshedpur, Gumla, Purlia, Bankura and West Midnapore would majorly witness rain and thundershowers accompanied with hailstorm. Also, strong winds of about 40-60 kmph cannot be ruled out.

However, on March 20, rains would once again pound the doors of these states. These rains can be attributed to the present weather system in tandem with a new weather system wherein a trough from Jharkhand to Karnataka would run. It will then be a three to four long days affair. Seems like the festival of colours, Holi would be a wet one for the states of Chhattisgarh, Jharkhand, Odisha and Gangetic West Bengal.

Also Read: Rain in Mayurbhanj, Bilaspur, Pendra Road and Jharsuguda for next 48 hours