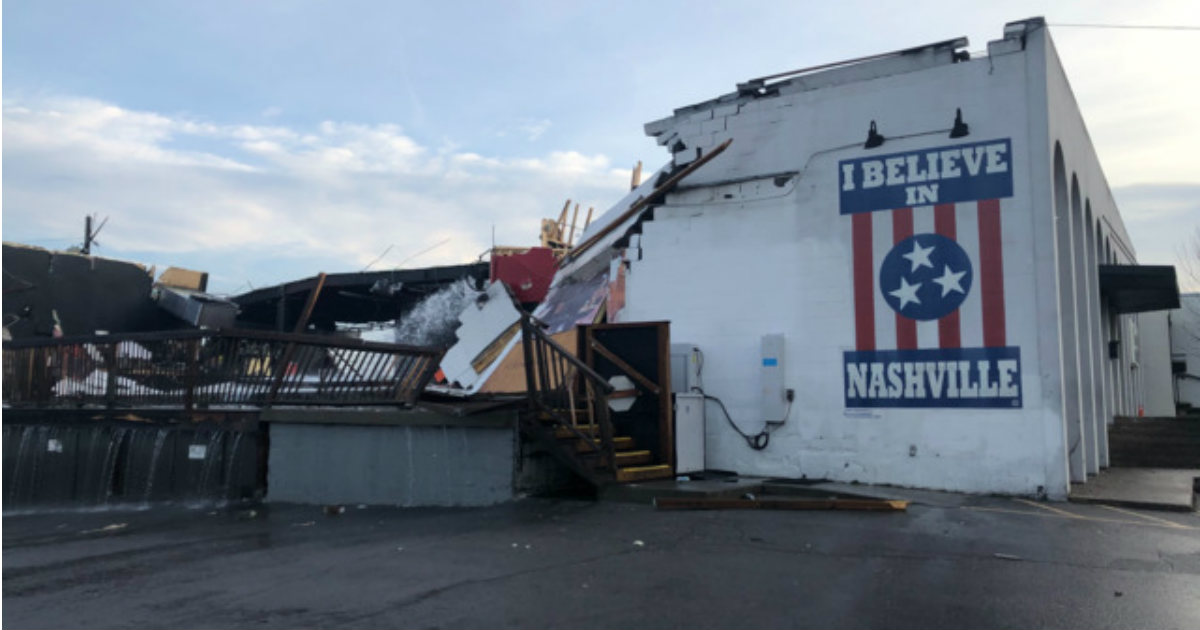 A recent tornado in the Nashville city of Tennessee, US has left the region stranded with more than 25 deaths reported till now. A state of emergency has been declared in the region and search operations are underway.

The death toll is only going to rise as the search operation is still underway. The Tornado struck the city prior the day of Super Tuesday when polls were supposed to take place. This led to a certain disruption to the polling scene.

Tornadoes are severe thunderstorms that look like an approaching funnel shaped cloud which rotates and moves forward with great speed. A severely low-pressure area inside is clubbed by a very high-pressure region from outside.

The more the pressure difference the more the capacity to suck everything inside. These systems move ahead with a tremendous speed while demolishing everything along the way. The system brings along severely high-speed winds along with it. Loose objects along the way are sucked in and thrown up.

Tornado season approaches US after the peak Winter season is over for the region. The forecast of tornados is not possible and only an assessment can be made by looking at the collective factors.

The only silver lining to the cloud of Tornadoes is that these mostly approach during the daytime as heat is one of the main triggers for a Tornado.

As a matter of fact, the weather of this March is warmer than normal and possibly might see an increased number of Tornadoes in the coming days.

Looking at the past records, the average number of Tornadoes in the US increases from 75 in the month of March to 178 in April to a high of 269 in May before the average falls to 229 in June and continues to drop in the subsequent months. There were a total of 192 tornadoes in March of 2017, since records began in 1950.