Probable Cyclone in the Indian Seas to be named Pawan, to break decade old record 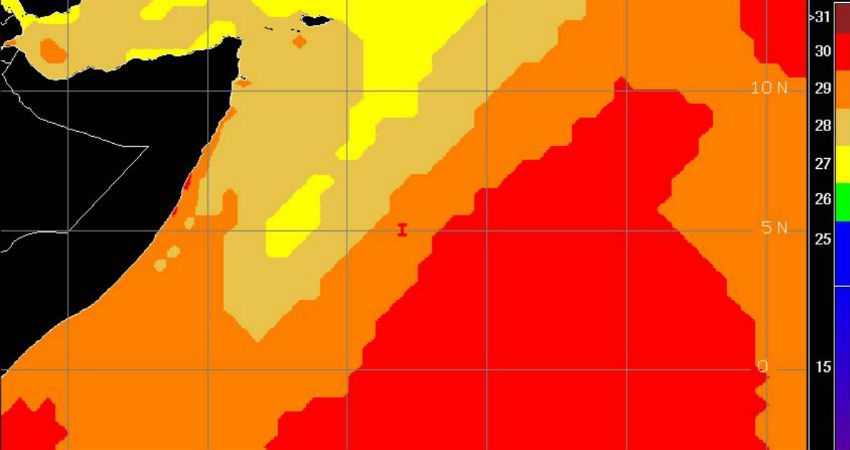 The last Cyclone to form this season in the Indian Seas was on November 6 and was named Cyclone Bulbul in the Bay of Bengal. Nearly a month later, another Cyclone is brewing in the Arabian Sea and will be named as Cyclone Pawan named by Sri Lanka. Currently, it seems that the Well-Marked Low-Pressure Area is organising and it will be intensifying into a Depression.

The system is centered around 8°N and 54°E in the southwest Arabian Sea. It is approximately 400 km south southeast of Socotra Island and nearly 400 km east of the Somalia coast.

Further, if we go by our experts then within 24 hours itself it will intensify into a Cyclonic storm and then it will be the record 8th Cyclone in the Indian Seas.

This system will be then headed towards the Somalia coast and will be a little far away from the Indian coast, thus not impacting the Indian mainland and coastal areas as such.

Post the formation of Cyclonic storm it will then further intensify into a Severe Cyclonic storm. Presently the system is in favourable waters with weak vertical wind shear and Sea Surface Temperatures (SSTs) of 27-28 degrees. Before making landfall, the system is likely to weaken as it is very likely to enter cooler waters and the wind shear will also go up.

We already have equalled the 2018 record of cyclones and this one will be the record 8th cyclone in the Indian seas. Such a thing has not happened in a decade or so.

Cyclone Pawan weaken before making landfall, yet it will give inclement rains over the Somali coast.

Generally, when the systems are formed here in the Arabian Sea, they tend to head towards Somalia, Yemen, and Oman. Only 20% of these threaten Indian and Pakistani coasts.