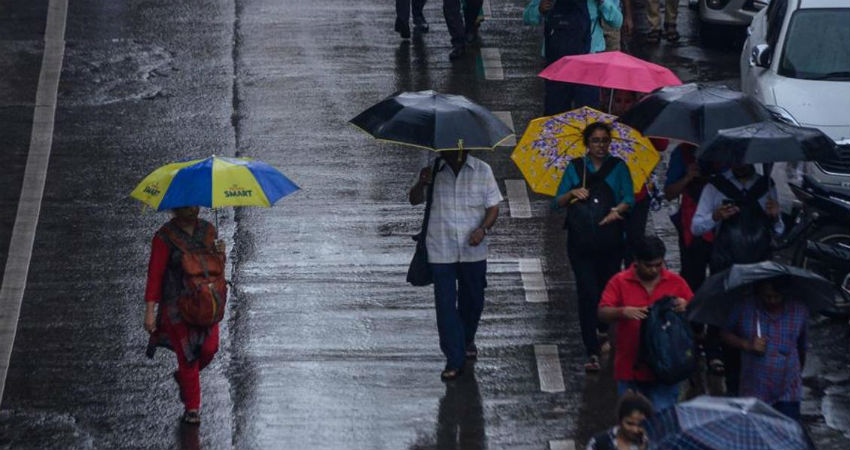 Unusual rains have been lashing Maharashtra for the last two to three days. During the last 24 hours, parts of Konkan and Goa and Madhya Maharashtra have witnessed scattered light rain.

The city of Mumbai, which generally remains dry in the month of December, has been surprisingly recording rain as well. With 1 mm of rainfall in the past 24 hours from 8:30 am on Wednesday, the city has surpassed average rainfall of 0.2 mm for December, which happens to be five times more than the monthly average.

In fact, this has been an exceptional year for Mumbai. Since June, the dream city has been observing on and off rains and there hasn’t been any month until now, wherein the city has remained completely dry.

The unusual rains in the past 24 hours can be attributed to the Deep Depression over East Central Arabian Sea. Until yesterday, the weather models were showing that the system will intensify into a Cyclone. However, it soon encountered cooler sea surface temperatures and increased the vertical wind shear, thus weakening into a Depression. This system is most likely to lose its strength further and become a Well Marked Low-pressure Area soon.

According to our meteorologist, the Deep Depression has lost its strength and hence the impact of the system over Maharashtra would be negligible now. But isolated light rain may continue in parts of Konkan and Goa including Mumbai for the next 24 hours. Thereafter, the weather will go dry.

Under the influence of this system, the humid winds from the Arabian Sea were influencing the weather of Maharashtra, thereby increasing the minimums in parts of Madhya Maharashtra and Konkan and Goa. The system has, however, weakened now and rains will take a backseat. The minimum temperature would also follow a declining trend after the next 24 hours.

Rain in Mumbai in the month of December is a rare phenomenon. In the last decade, there had been nearly three occasions, wherein unusual rains had lashed the city. In December 2009, very light rain was recorded, while 1.5 mm of rainfall was observed in December 2014. Breaking all the records, was heavy rain of 53.8 mm that battered the city on December 6 in 2017.