Respite for Gujarat for 24 hrs, heavy rains to return in Ahmedabad, Vadodara, Surat by August 8 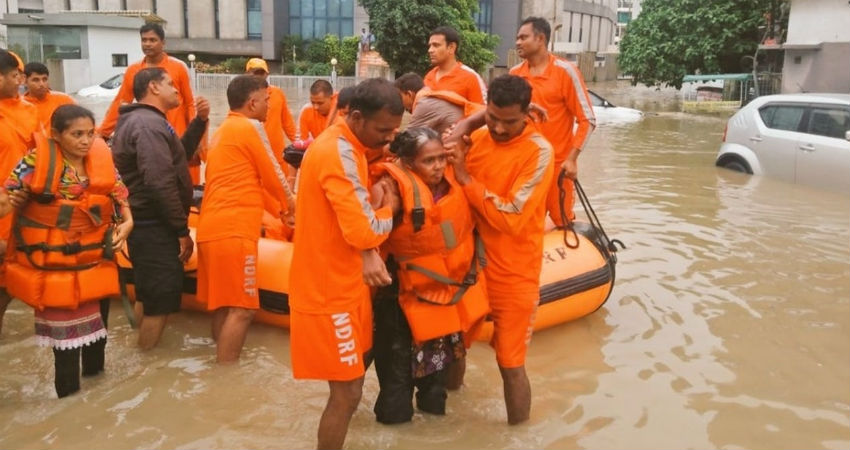 After flooding several parts of Gujarat, Monsoon rains have slightly eased out in the state. There has been a decrease in rain intensity across Ahmedabad, Vadodara, Surat, Valsad, and Gandhinagar.

However, the presence of the Monsoon surge will continue to pour rains over these areas, though of reduced intensity. But this break would be a brief one as heavy Monsoon rains are once again gearing for Gujarat.

This time, it would also cover parts of Kutch, which have not seen much rain activity in the last spell.

According to weathermen, the well-marked low-pressure area over North Bay of Bengal and adjoining West Bengal would be moving further inland in a west-northwest direction. It is most likely to travel till Gujarat and in process, the system would gain more strength and induce a depression.

It would also pull down the Monsoon trough as well as activities for the next few days. Thus, places like Ahmedabad, Vadodara, Valsad, and Surat would see moderate to heavy rains again from August 8. Few areas might see very heavy rains as well.

In fact, the Kutch region that includes Banaskantha, Sabarkantha etc would see heavy to very rains. It would be again a prolonged spell and would go on till August 10.

Thus, people of Gujarat must gear up themselves again for some heavy showers and flooding streets.